Bias strips on lapel and pocket

My jacket is almost finished. A little bit of work on the lining, buttonholes and buttons and then it’s ready. Before posting about the finished jacket below the way I made the bias strips of fabric on the lapel and the welt pockets. Photographed on scraps, while I was doing it on the jacket I forgot those.

First the bias strip was ironed with a bias tape maker. As the fabric is a linen and cotton mix it is easy to iron. 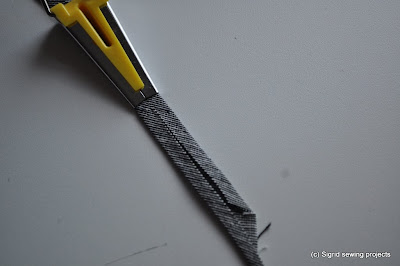 Then I took the SA curve ruler and placed that on the edge of the pattern piece. All strips were sewn before further construction of the lapel or welt. The bias strips I placed to the inside edge of the ruler and in this way the distance was even everywhere. My seam allowances are 1 cm (3/8”) and in this way half a centimeter remained between seam line and bias tape.

I used a special adhesive pen I recently found in a notions store (website here). 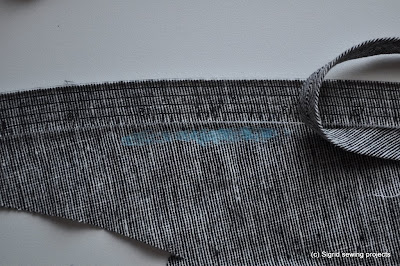 But still used some pins too. 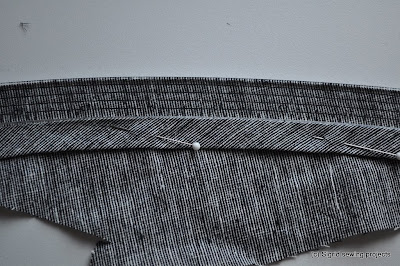 The final step was topstitching using the blindstitch foot and upholstery thread  which is a bit thicker than normal thread. 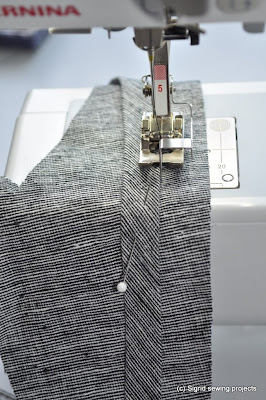