A lot of things actually, so much that blogging was put on the backburner. The usual life and work things of course, a day out with friends to an open garden scheme (so nice), but also being absorbed by pattern drafting, making (muslins of) the patterns drafted and a “new” activity: after 20 years or so I’m knitting again. Which fascinates me, as for some reason I thought I would never be taken to knitting again, but well, I am.

What have I been drafting? Two tops were on my wish list to try: a pattern from Ottobre that I have used before and like for a summer top. In the Ottobre pattern I did an FBA and still thought I could use some extra space. In my class I drafted the pattern to my measurements and it fits well. Nothing spectacular, but I’m trying to get a grip on drafting. The pictures on the dressform don’t show the fit, I’ll try to get better photo’s later. 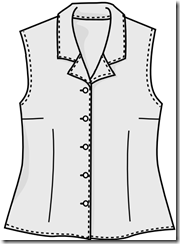 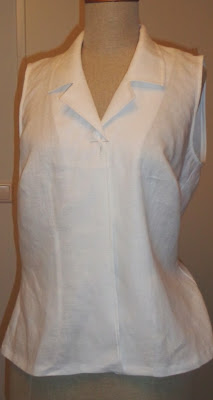 It still needs buttons and a good pressing.

The other top is an experiment to make Vogue 9006, one of the spring 2014 patterns. Less easy I must say and after two versions my conclusion is that it’s not for full busted women. At least my version of it, I did not use the Vogue pattern. Perhaps I should consider a sort of stay underneath, as it tends to pull sideways at bust level. Another thing I noticed is that the shoulderstraps of my bra show, cut in shoulders are not for me.

I used two different fabrics: the green emerald one (gorgeous color btw, which I love) is a polyester (?), the second one a rayon with a lot of drape. I cut the center panel on the bias. The green one pulls a bit at the seams because of all the unpicking and re-stitching I did. I think I will wear these tops, but mostly under a jacket or cardigan. 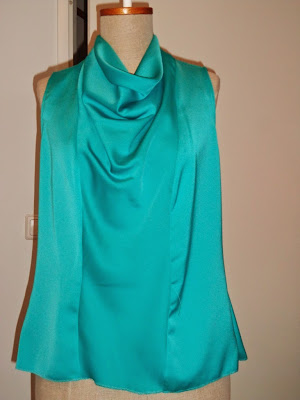 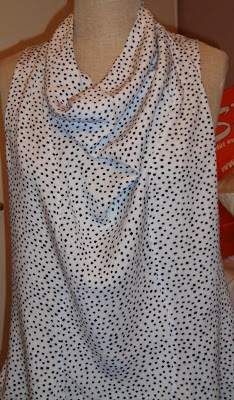 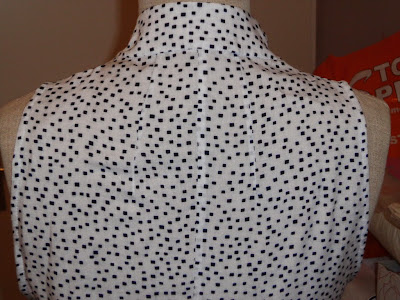 And to give you an idea of the drafting: it’s a lot of lines! It might look intimidating, but actually it’s not that complicated, it’s a step by step process and this picture is from the end of that process. 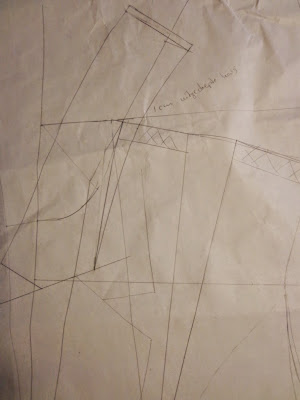 It’s for a jacket, I’ll be making a muslin this weekend. Keeping my fingers crossed it will fit well.

Recently I bought some new fabric and notions at Kantje Boord (the famous shop in Amsterdam) and the color elastic I wanted was not available in the quality I like for the band. I prefer the elastic in the band wider and more stable. There is some weight to be stabilized ;)

Initially I thought to use a different elastic for the band but working on it tonight I came up with another solution: sew the more narrow elastic to a wider one.

The two elastics that I sewed together before sewing it into the bra. 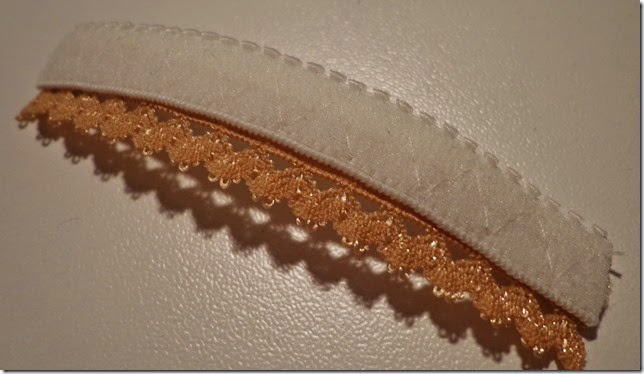 The bra in construction: on the outside only the colored elastic is visble, on the inside you see the more firm elastic.
Thought it worthwhile to share. I’ve discarded elastics in the past because of the fact that I could not find a good firm one for the band. Probably will use this myself more often. 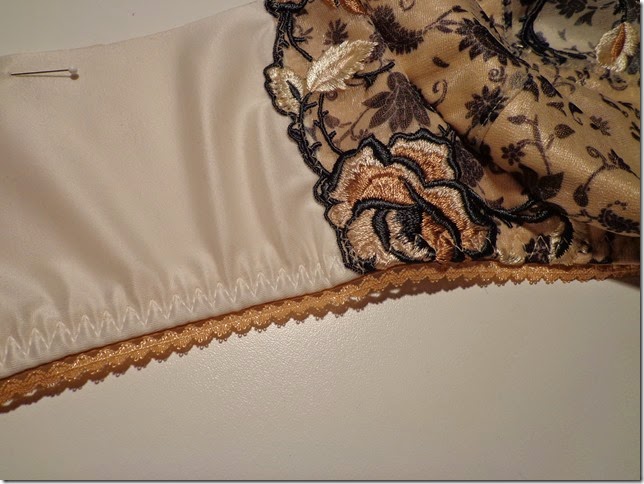 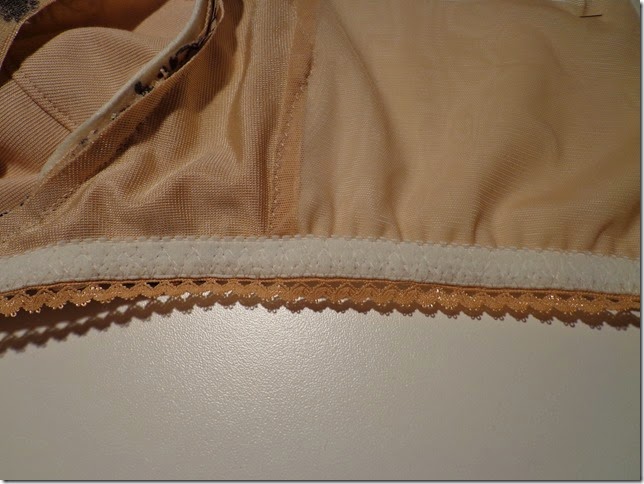 In the past two weeks I did something I’ve never done before: sewing 3 dresses using the same pattern. It’s Vpgue 1809, a Donna Karan pattern (out of print).

This all started when I was clearing out my sewing room and sorting my patterns. I stumbled upon this pattern with all the pattern pieces ready to cut. I was planning a sheath dress anyhow so the decision to use this pattern was easily made. After the first one two followed.

The dress was one of the first patterns I blogged about (June 2007). That version is long gone from my closet. I did not like the fabric a lot and have not worn it often. I made it longer this time, and lowered the neckline a bit (on the last two a little more than on the first one). Otherwise no changes, which is good after 7 years.

This was the first one I made, the fabric is linen, bought at a fabric market here in The Netherlands. After finishing it I immediately wore it the next day and it felt very comfortable. 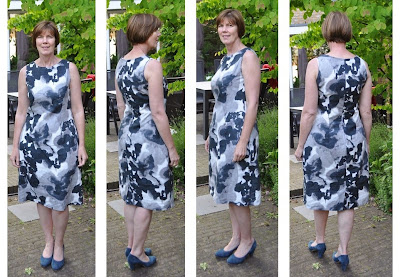 Another linen version, this fabric bought in a shop. Very summery. 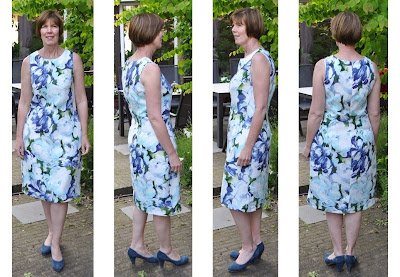 The last one was made in cotton, bought in Paris on my trip with sewing friends. Sorry for the face in this set. A smile would have made a difference.
The fabric was a bit thin and it took me a lot of time to match the invisible zipper. Even basted it was a little off after sewing and I had to unpick twice.

I was inspired to use this fabric by Linda’s blog where she posted about this outfit.

A red jacket is still on the “to sew” list, for the time being combined with a red cardigan. 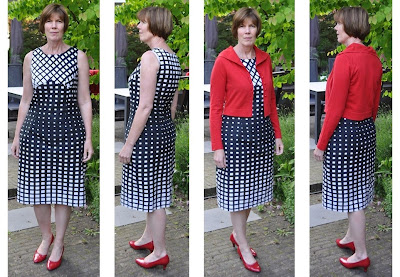 All dresses are lined, using the full pattern for the lining and sewing the facings on the lining. 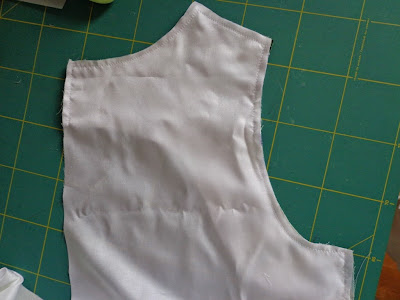 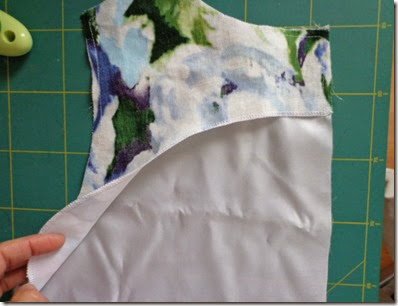 The zipper is inserted by machine, also the lining is sewn by machine. This method is described by Amy from Sewaholic here. 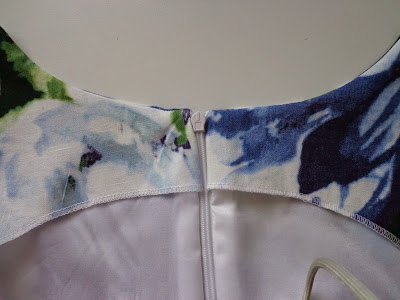 Think that’s my share of dresses for this season. I made 4 dresses, which is certainly more than usual for me.