An update with a few photos of the inside of Vogue 1351. The lining has a deep neckline with darts, to which the cowl of the dress is sewn. No seam edges visible 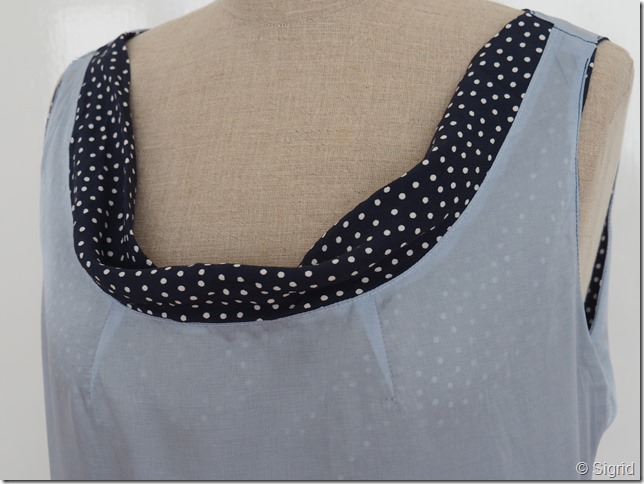 I made sure the dress was folded a bit inward at the armholes and the edges were understitched as far as possible. The light blue was the only colour I had available and as you don’t see the lining from the right side, it works well. 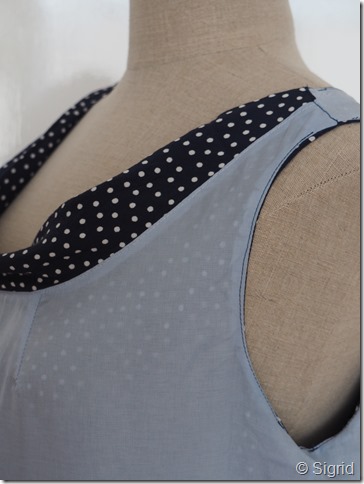 The lining with the darts keep the dress close to the body. No unwanted exposure when moving in this dress. 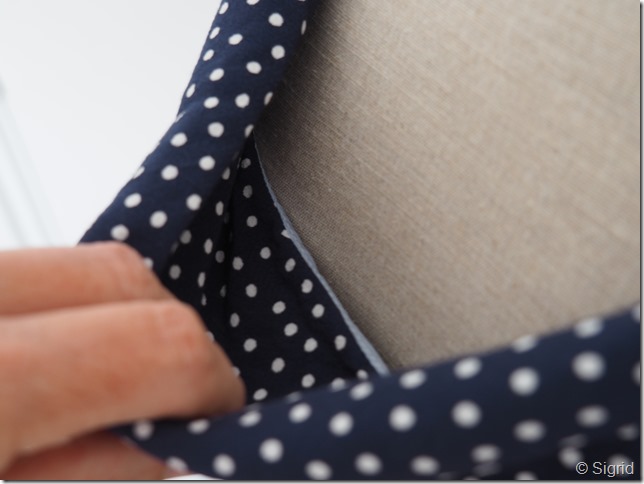 I really love this pattern and am thinking of making another one soon.

PS: in my previous post I mentioned making a center back seam, that was not on this dress, but on another one. 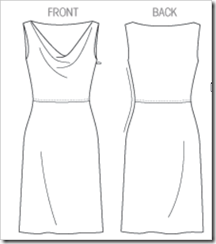 I first became aware of this dress a while ago when Carolyn (from Handmade by Carolyn) made a lovely version in navy and pink. She also mentioned that the lining of this dress was so beautifully drafted and the pattern thus has a neat finish on the inside. This got me intrigued. As it was OOP by then, I asked my friends whether they had a copy of this, but no one had. One of them found it soon after in a second hand shop and gave the pattern to me. YEAH!! (thanks again Sheila).

It’s an easy dress to make. I traced a size 16 for the body, compared that with my sloper and it was very close. I tapered to a larger size for the waist/hip area but trimmed that off later as it became shapeless. It indeed has a lovely finish on the inside, of which I now realise I haven’t taken photos yet.

As my fabric is a non-stretch fabric of unknown material I did sew in the side zipper, as indicated by the pattern. With the front and skirt being cut on the bias, the fabric made strange pleats around the zipper area. I interfaced the edge where the zipper was sewn, which probably added to the effect. End of story is I took out the zipper and don’t miss it. The other changes were lengthening the bodice by about 4-5 cm (default change for me), adding a center back seam to be able to make it less wide at the neckline and sewing the underarm with a very narrow seam allowance. The armhole was a bit too deep if I used the 1.5 cm seam allowance.

For a change there are photos of me wearing the dress outside.  These pictures are taken in France, where we enjoyed a lovely holiday. Not perfectly ironed, not my priority on a holiday, my apologies ;).

On our way home tomorrow. Some sewing again next week probably. 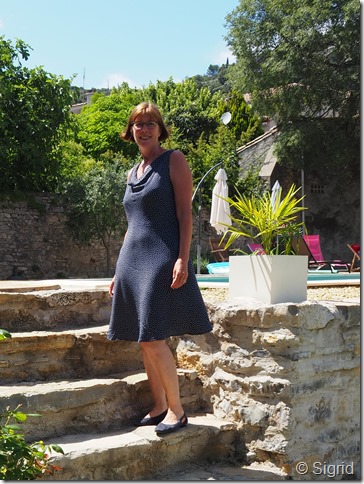 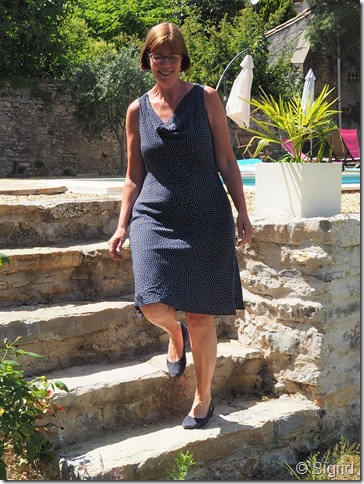 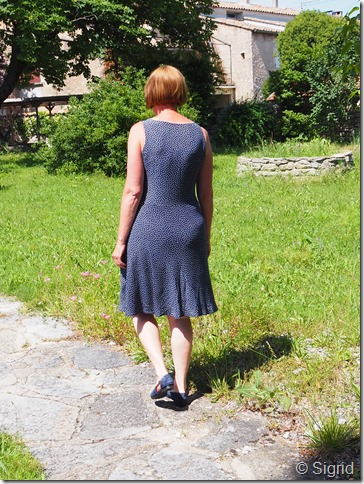 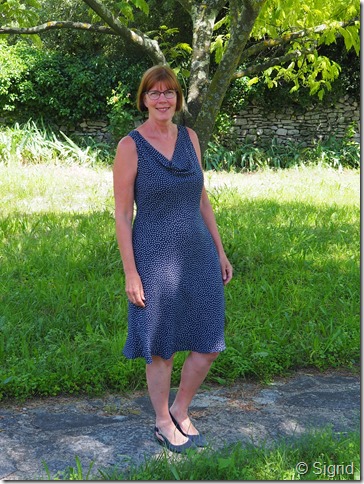