First of all I must add the information Monika from LaMona gave in the comment on my previous post. She said she always takes the underwire from a bra before copying. That way the cup parts can be traced flat easily. I just had not thought about doing that and initially did not want to do anything to my new rtw bra, not even taking out the tack securing the wire. But in the end I did and there was a small difference to the cup I traced with and without wire. Not a lot but in bra making it is about small changes making a difference. So my advise would be: if you can, remove the wire and then trace.

For the bra I used a remant of the lace that Pauline gave me as a gift about two years ago. I made a bra from it then and there was just enough left for this one. It’s not symmetrical. I placed the red flowers at the same spot to create a synmetrical image 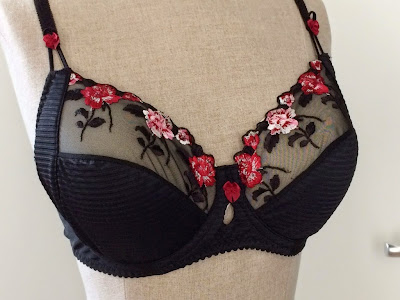 The back on the dressform looks about the same as it does on me. In the pattern piece the center back is almost vertical, while wearing it the shape forms automatically. I used a 2 eye/hook closure, not having any 1 eye/hook closures like the original in my stash.

Also I would have like bows that are a bit larger, but to go to Kantje Boord for bows only…. 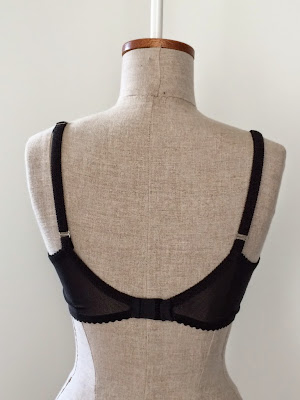 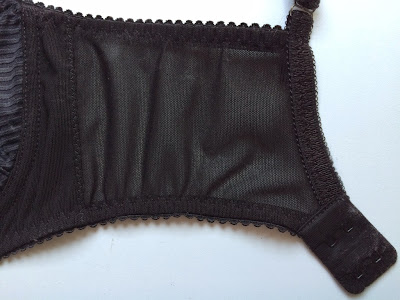 A few details of the finished item. 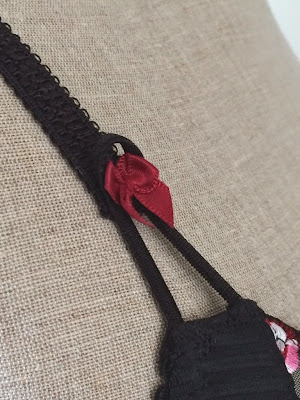 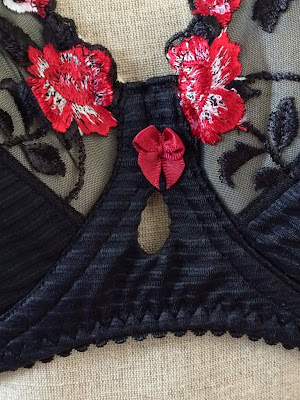 And a few finishing details. The under and side cups are interfaced with a non stretch tule. At the seam with the lace upper cup I did not fold the seam this time, but used a narrow elastic and stitched that first to the seam on the edge of the stitchline, then trimmed the seam and topstitched from the right side. I think this is a very neat finish. There was no need for elastic but it was the only material at hand and I used it without stretching. 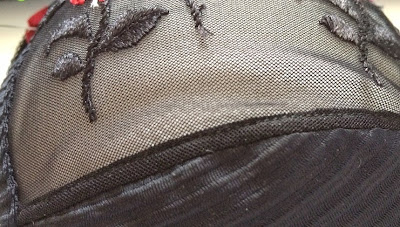 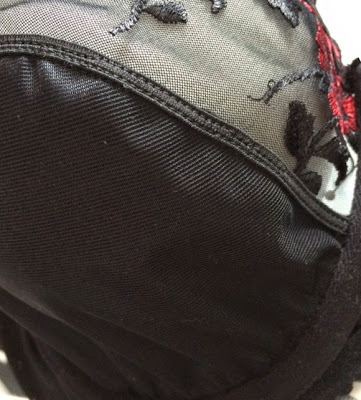 The band was made of a firm elastic material that is sold here as powernet, just like the original, which does not have lycra in the band as well. The part beside the cup is interfaced with the same non-stretching tule that is the interfacing for the cups. Basically the only stretch is from  the part of the band that has only one layer of fabric. 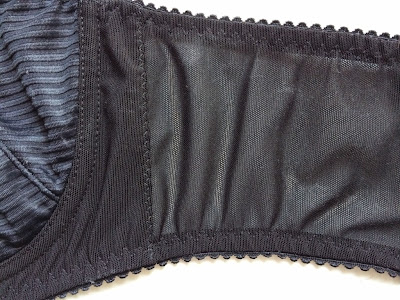 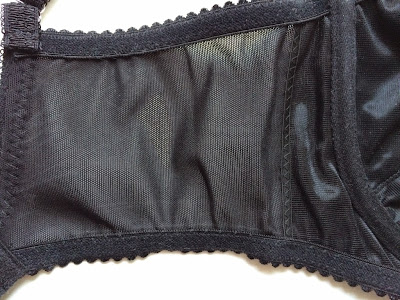 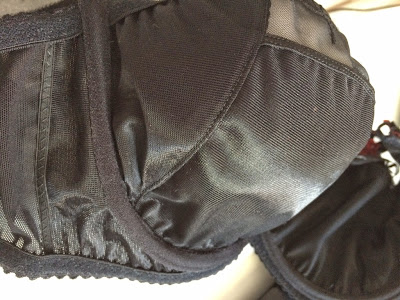 Did everything go smoothly? Of course not, there is no project without using a seam ripper ;) But at the end I had to make another change.

When the bra was almost finished I tried it on and noticed a difference. The bridge was too wide. Wearable but just not completely right. Then I talked to my friend Valerie, who sews lingerie too and she wondered whether it might be the hole in it. I had already sean that the hole was a bit bigger than the original but now found out it made it stretch more. Below you cna see the difference in my version and the original. I solved the problem by sewing the center of the bridge together by hand. It makes such a difference! 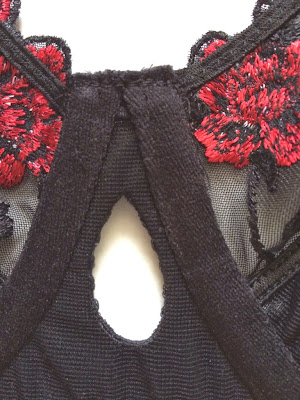 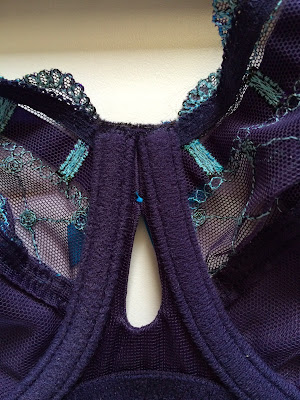 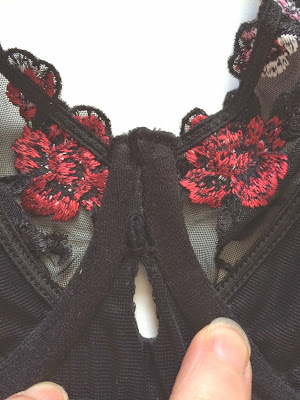 There will be more bra’s from this pattern in the future.

This summer I bought my first rtw bra in many years, I blogged about a copy of that one here. As a “treat” to myself I bought another rtw bra from another brand. It has quite a different shape in the cups and also the wires are longer. I’ve tested it during a long walk and it was very, very comfortable. Certainly worth to make a pattern from it. I thought it might be worthwhile to share how I did this without taking the bra apart.
I used a flat foam board in which pins can be placed. On top of the foam I placed a sheet of paper.
On that I pinned the bra part I wanted to copy, making sure the elastic was stretched, but the lycra fabric was not stretched more than the original part. That is something to really be careful about. 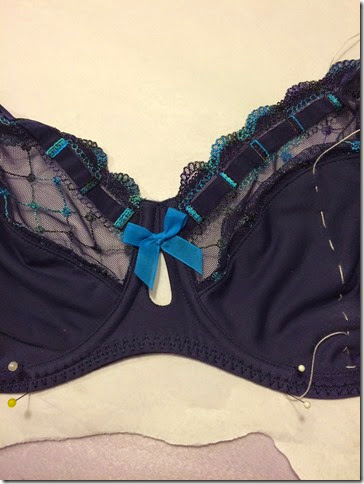 Surprise for me in this bra was the narrow hook and eye closing and the almost vertical line center back. I would never have tried a one hook/eye closure by myself, but it does work (for me). 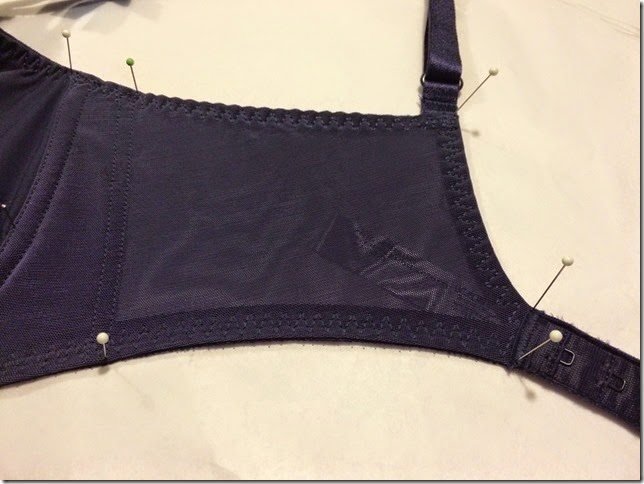 Then I marked the edges of the part by placing pinmarks along the part (remember the little child in you that did this as a 4-5 year old?) 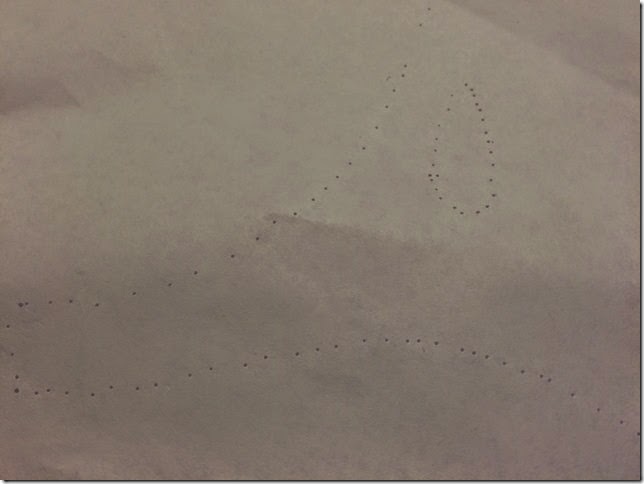 After taking away the bra connect the dots and that part is copied. 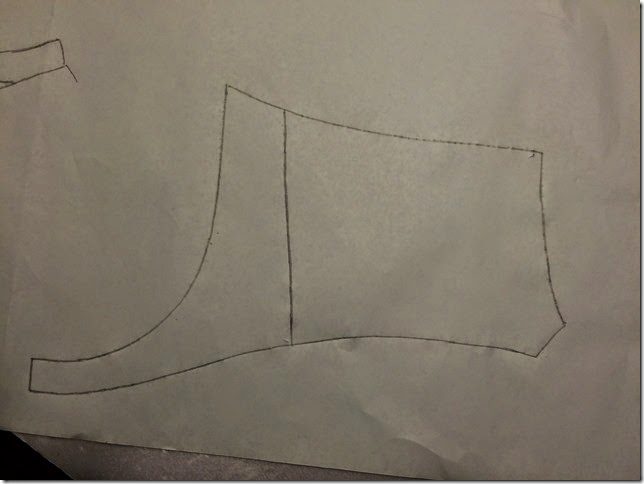 A little trick was necessary (at least in my case) to copy the under cup. This would not lay flat in one piece. I basted a more or less straight line and copied it in two parts. When traced the straight line was not as straight as I thought, but the pieces nicely fit together after copying.

(Added: LaMona suggested in the comments taking out the wire. The cup parts can be laid flat without wire. That is a very good suggestion and if you can take it out, I advise you to do so) 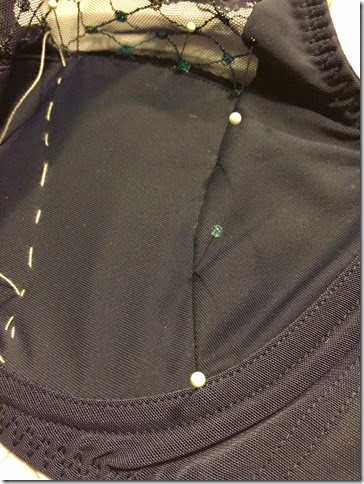 Unfortunately not all pictures of this were clear enough to post, but I hope the method might be helpful.
I’m working on a lot of things at the same time, because of the drafting that I’m doing in a class as well. This bra will probably the first in line to finish, followed by the coat.
op October 24, 2014 7 comments:

A non sewing related post. Today, October 3 was still a very nice late summer day here with a very nice temperature and a lot of sunshine. I visited my daughter, who since last year lives in the city of Utrecht, a very nice town in the center of the Netherlands. As in all cities here that have universities, there are a lot of bicycles. No street without and they are parked everywhere.
In the morning I helped my daughter with some special cleaning tasks because of allergies. But after that task was done we treated ourselves to a nice bike ride and picknick lunch in a park. A real treat on a such a lovely day. 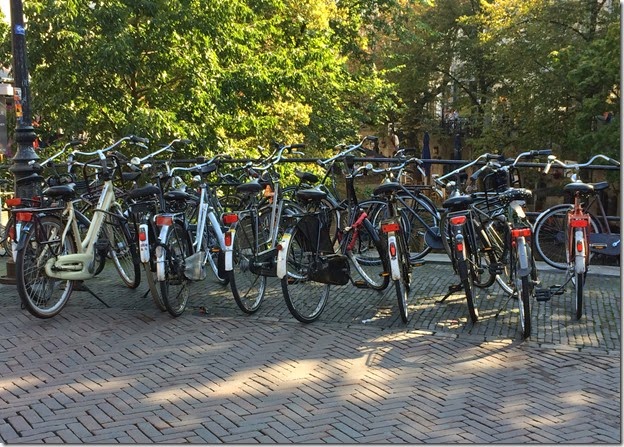 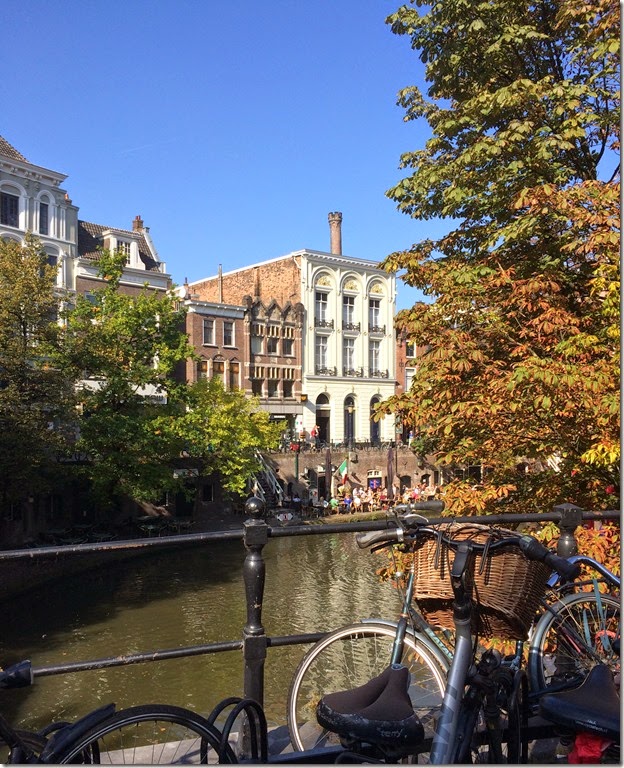 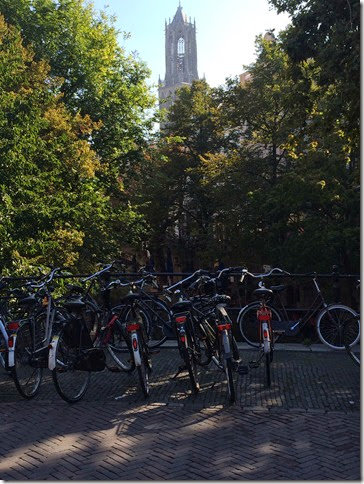 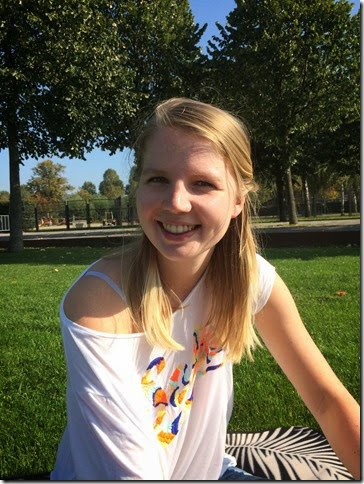 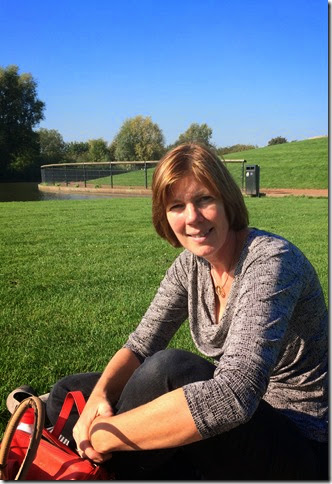 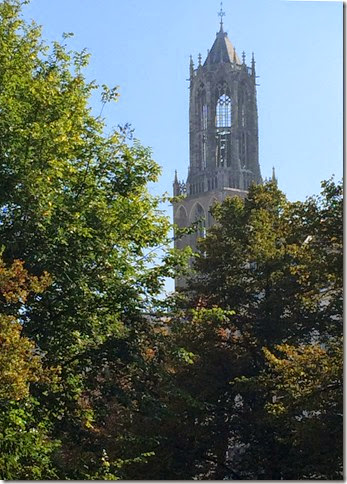