Pff, that took me an aweful long time to finish, though it’s not very difficult.  I’m very happy with the result. Carolyn asked in an comment why I hadn’t used a fabric with print or flowers, as that is more “Dries van Nooten” inspired. The simple answer is that I couldn’t find matching fabrics in a colorscheme I like. I was inspired by the boucle fabric and found matching fabrics for that.

In the first picture I’m wearing it in combination with a rtw jacket. All pictures have too much shadow from the flash. 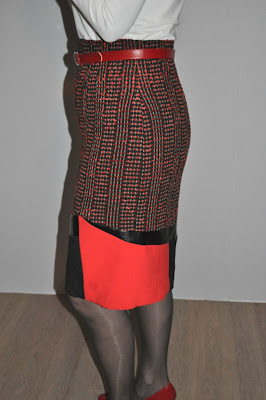 To start with I used the skirt of Vogue 8781, a pattern I want to make a few other items of as well. The skirt has a high waist and I had of course to blend between sizzes. 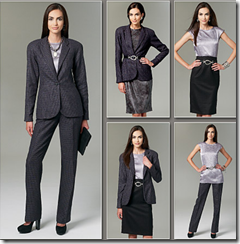 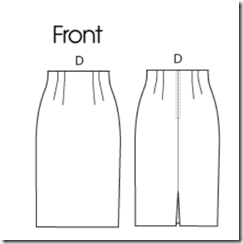 I made a full pattern for both the back and the front and sketched the lines for the different parts. The faux leather part for example is a part without seams, it goes from the front around the back and then to the front again, so it was a bit careful thinking and planning. As said, I’m happy with the skirt now, though halfway I wasn’t sure about it.

It’s been a while

Not talking about my unfrequent blogging right now. It's been a while since I last showed you some lingerie I made. These were made in December 2011, as a break from other sewing.
The first one is a Merckwaerdigh pattern, BHS10. I made it years ago and have worn it till it almost fell apart, though it took me till last month to make it again. 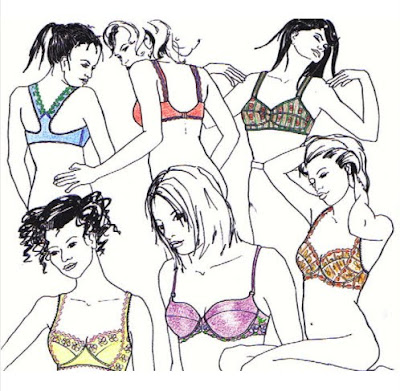 The pictures show the bra without shoulderstraps, I thought I had everything I needed, but those were missing. In the meantime I have finished this one, only didn’t make new pictures. 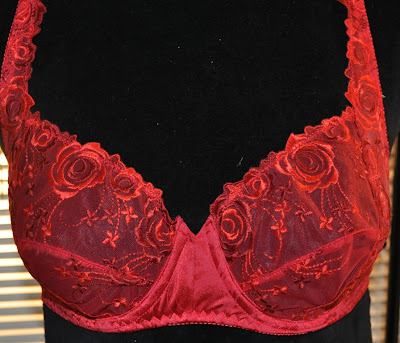 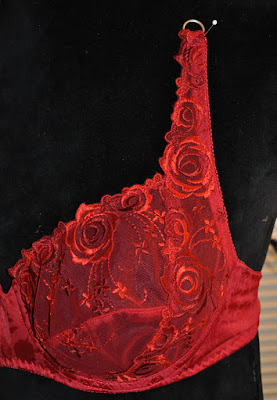 The V center front is part of the pattern, a nice detail, though it made construction a bit harder. Next time I will make the center front a bit less wide, just a little fit detail.

This brown one is the TNT Sewy Rebecca bra. I made this so many times now, nothing new, except playing with the lace placement a bit. 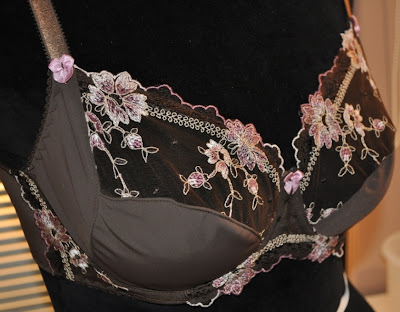 Most fabric and notions as always from Kantje Boord in Amsterdam.
op January 13, 2012 23 comments: