I apologize if the pictures are not lined properly in this post. I always used LiveWriter for my blog posts but that doesn't seem to work since I migrated to Windows 10 and I don't want to take the time to try to find out what is wrong.

Furthermore I learned that Picasa (my favorite site for online photo-albums) will be discontinued later in the year and will be replaced by Google Photos. I've checked how that works and I'm not happy about that either. No linking to photos like I'm used to (or at least not obvious how to do it).

Absolutely no idea what that will do to the photos on my blog (and that of a lot of  blogs). And I'm not going to re-link all the photos of the past nine years!

Not my lucky tech-day as the Sewy-site seems to be down right now so I can't make a screenshot of the pattern or give a link to it. It's a very nice pattern. Here is my result and I'm ever so happy that it fits beautifully. 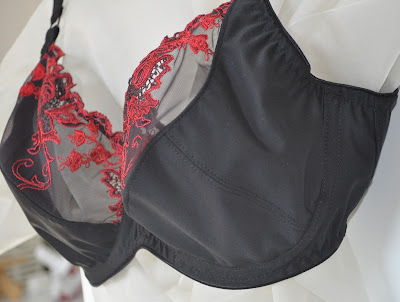 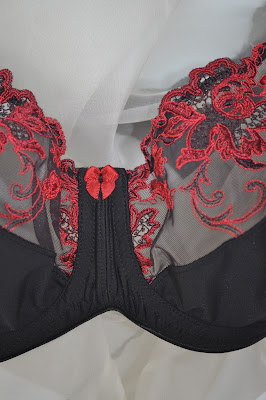 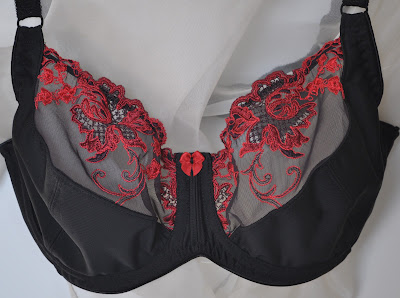 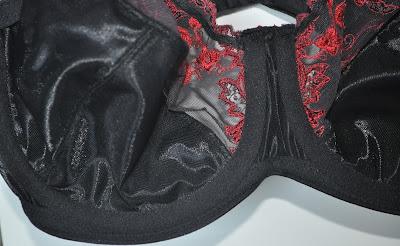 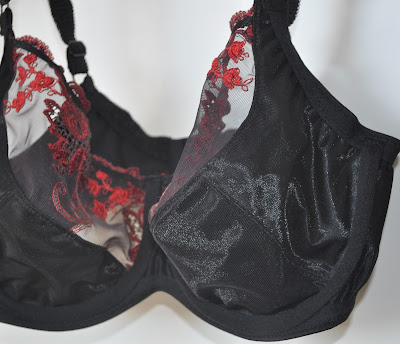 
I love it when a garment is as neat on the inside as it is on the outside.
Case in point: the bra I’m making. I’m trying a new pattern, the Sewy Isabelle that was so very kindly gifted to  me by a blog reader. Thank you again Gina! 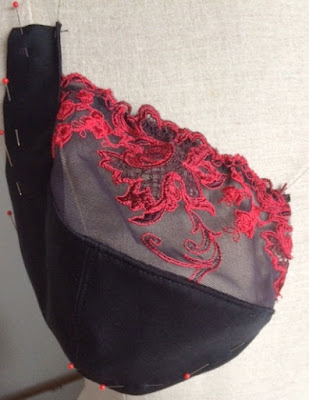 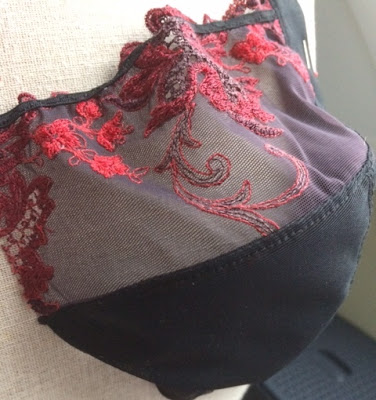 I can’t tell you nothing about the fit right now. As those of you who made bras know you can’t judge the fit of a bra untill it’s as good as finished. As it’s a weekend with a lot of rain here, so perfect sewing weather, I hope to finish it tomorrow.
op February 20, 2016 3 comments:

Cidell asked in a comment for a picture of the top and skirt together. So here they are combined in one picture. The skirt is longer because it hangs lower on the dressform than on me. This is not "me". Like Nancy said I will wear those individually and combine them with solids. The top looks great on a pair of jeans ;).

The other garment I made from the border print fabric is this skirt.

Can you imagine this being part of the same fabric as the top I showed yesterday? 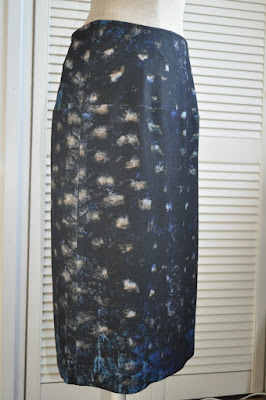 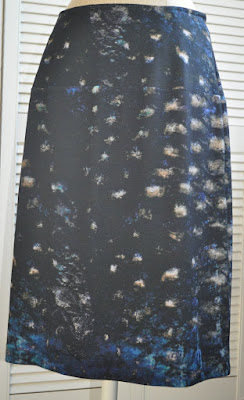 So much was happening in this print. For someone who in general wears a lot of solids it was too much. Using the fabric this way I managed to get two garments I like. The fabric quality is great, originally it was an expensive fabric. I had a remant at only 12 euro's. A bit extra for the lining of the skirt, I'm pleased with my bargain.

In the past months I’ve done quite a bit of knitting, but hardly any sewing. As you may remember we sold our house and moved. A month ago we moved to a house we rent for a while, as we have not yet succeeded in buying the house we want.

It was a bit of an unsettling time, sorting out our belongings, what to take  to the temporary home, what to put into storage. At the end of the day one box with sewing stuff ended up in storage by accident. Fabrics I planned to sew this spring were in that box as well as most of my thread. Lucky enough not my collection of interfacing, that would have been worse.

Of course this was an excuse to buy new fabric ;). I bought a remnant piece of a border print online and when it arrived it was not quite what I expected. I forgot to take a picture but there was too much going on and too big a difference between light and dark. Which made me creative (good!) and I used the dark part for a skirt and the lighter part for a top. I won’t wear those together though they come from the same piece of fabric. Pictures of the skirt in another post.
For the top I used the Esme pattern from StyleArc. 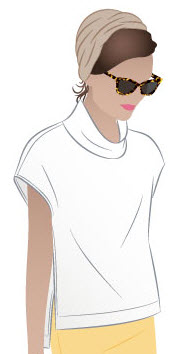 I had a top in mind I had copied from a BurdaStyle magazine many years ago, guessing it was from an issue published in the (early) nineties. But in the great purge I let go of that pattern thinking “I haven’t made it all those years, so it can go”. Of course it now was on the back of my mind and when I was searching for a pattern to use for the remnants of the fabric that top seemed the pattern I needed. Then this StyleArc top appeared in the Pattern Review gallery and the neckline was quite similar to the BurdaStyle pattern I was thinking of. Bought the pdf in the Etsy shop, traced the pattern (as described in a previous post here) and made it in an evening. Almost instant gratification. 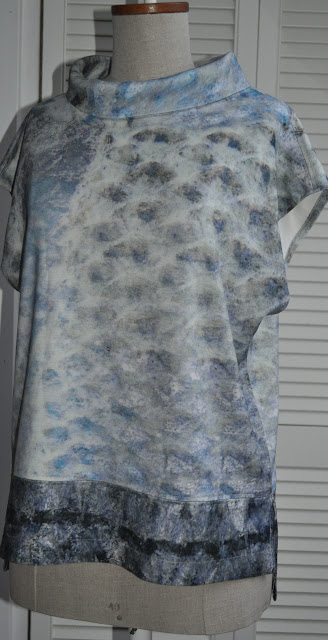 As I did not have enough length of the fabric I had to make a horizontal seam. The bottom part is on the crosswise grain, against all sewing “rules” to cut in the same grain direction. There was just not enough fabric and this was the only solution, including the horizontal stripe that is not at the most favorable position. 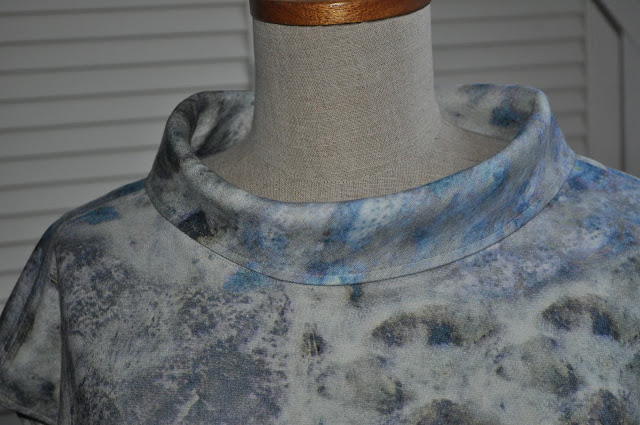 The neckline is wider than the illustration suggests.I interfaced the collar with Pro Sheer elegance light interfacing. Both the collar and the interfacing were cut on the bias. The instructions don’t tell you to interface the collar but I thought it wise, as the fabric, a light ponte knit, would not have a lot of stability. I’m glad I did but still the collar won’t stand up as in the illustration. I quite liked the idea of being able to wear it in two ways, but am satisfied with the folded collar, which looks nice on me. I will try to get pictures of me wearing the top. 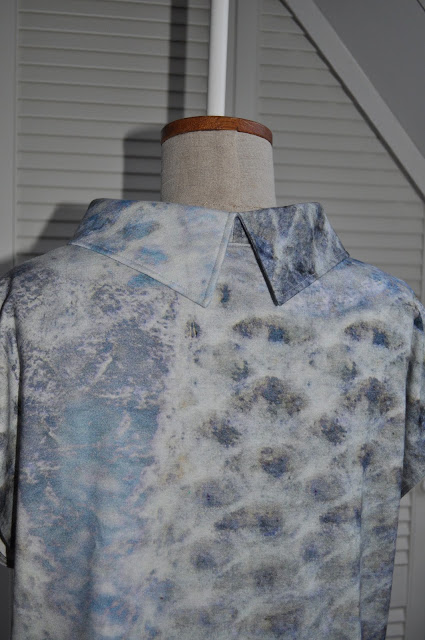 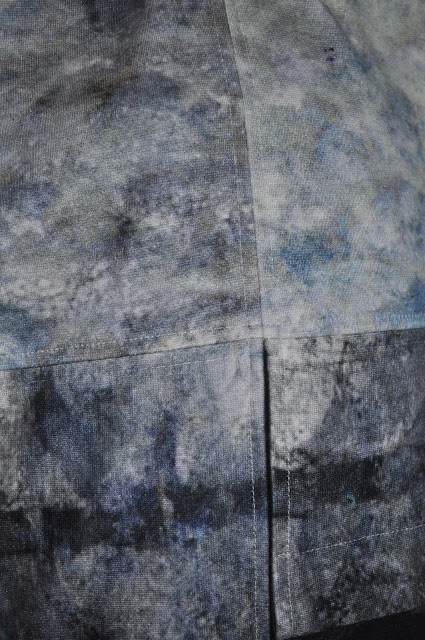 Finally I topstitched all seams, as indicated in the pattern as one of the ways to finish it.
I like the result of this top, I would not have bought this fabric if I had seen it in a shop, but I’m actually quite pleased with how it looks.
op February 14, 2016 13 comments: