Inspiration, but no sewing

It will be quiet on my blog for a while. I didn't do any actual sewing after finishing my jacket. Started making a lin gerie set, but even though I usually make a set in small periods of say 15 or 20 minutes at a time, there just is no time to do a lot on it.
And also there is/was not a lot of time to read reviews or blogs. I do skim a lot of posts in between through the reader, but don't comment a lot at the moment.

Most frustrating on having no sewing time at the moment is the fact that I didn't even redo my coat muslin. I intend to make (yet another) muslin in size 40 and do an FBA. This like Nancy K suggested, as I never sew 44 for tops in BWOF sizes. And this coat seems to have enough room in the upper part. All those who commented on my muslin where very right on that part.
Nancy K asked what interfacing I will use to stabilize the fabric, and it will be Vlieseline H410 (this is sold in other parts of the world as Vilene).

Coming week is finishing a lot of work and then I'll be away for two weeks. I'll be back sewing somewhere in the second half of August I hope. In the meantime I will think of what to make of these fabric combinations. I'm so inspired by all the capsules and mini-wardrobes I've seen in the past months. And then it will also be time to do some fall sewing, which I think is more inspiring than summer sewing. And I do want to finish that coat!

As promised last week, another way to make a sleeve with vent. This is a more classic method, with no hong kong finishing as in the previous method. And like Maree said in her comment on my previous tutorial, it is quite a bit of work, but I want to explore these methods myself. Taking pictures and writing it down is also a good way to keep track of my experiments for myself. 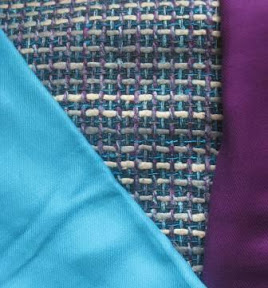 This is my fabric, together with two shawls I found in exactly the right color. Els was so kind to help me decide on the interfacing, as the fabric is a bit too loosely woven for a coat fabric. Both Melissa and Els sent me samples for the interlining, as also an extra layer for warmth is needed. Thank you both for your help.

As said in my previous post, it takes me a long time and 3 muslins to decide on my coat. After two BWOF muslins I've decided on BWOF 11-2006-108. A more classiic style, and the collar style is better on me than the others I showed before. 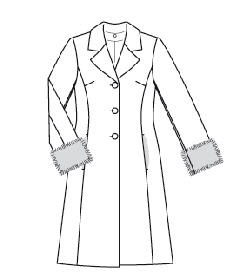 I made both muslins in size 44, but in the last one (shown on the left) I added quite a lot of space at hip height. As you can see from the other muslin, I need that.

How to make a sleeve vent (version 1)

Thank you so much for all the kind comments on my jacket.  After this was finished I wanted to make something easy, but I'm just not getting at it. You all know it: life gets in the way. And there is also my coat. The muslin was not finished in time for the coat sewalong timeframe. I'll publish my (2nd and 3rd) muslin in the coming days. The 3rd is yet another BWOF pattern. It seems I simply can't make up my mind. Must still sew in the sleeves, but I already think it's too big.

What I do know is that I got intrigued by my jacket and by the coat project in the technique of sewing sleeve vents. I looked in the sewing books I have and saw different techniques, which I want to try to see what the different results are. Today that results in a tutorial of a method which I think is very good when you work with thick fabrics, as there is a minimum of bulk.

As always, this is my interpretation and not the only way to do it.

Hope this is helpful.

And see what arrived in the mail today: 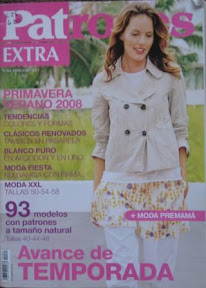 I swapped this with a kind lady in Portugal for a Knip Mode issue. Thank you Tania.

DD and I are very enthusiast about a lot of patterns. DD even traced a pattern tonight for a skirt already and made me promise to make her a pair of pants next week.

Good tools make half the work

That's a Dutch way of saying that it's good to have good tools, as they make your work so much easier. It's always true, but especially with sewing machines. My Bernina sewing machine is such a fine machine to work with, especially when it comes to buttonholes. I didn't make bound buttonholes as Joyce thought. If I had wanted that, I should have made them in an earlier stage.

I made ordinary machine buttonholes, but added a thread while sewing them, so that they would stand out a bit more clear. The special buttonhole foot for my machine makes making buttonholes so easy, and for the extra thread you just fasten it and sew. No need to hold the thread. 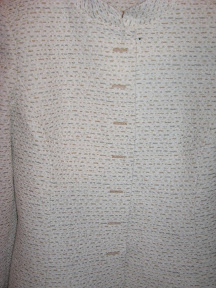 The result: 9 (including sleeve) identical buttonholes in half an hour.

The lining took me another evening, but the jacket is completely finished now.

Pictures of the finished jacket

And to finish this post: thank you all for your nice comments on the jacket when it was not even finished yet. It's was inspiring to know that some of you were following my way through this project.

A special thanks to Kate on her comment made this week telling that she got interested in sewing again. Kate: I did make clothes too that I should have known from the start that they wouldn't suit me. It does happen occasionally still. But in the end you just know what styles suits you and what not, either rtw or not. And when I doubt a style, I've learned the past two years just to make a muslin. It saves money and frustration.