I’ve been sewing more than blogging, the way it goes from time to time. I’m working on new pants which I’ve drafted myself, more on that in a separate post. This post is mainly about the tops I made.

First this BurdaStyle top which is double layered. I had this fabric around which is a bit sheer on its own. I made the blouse of Vogue 1440 early summer, never got round to do a blog post about that one, but learned that it was too sheer to wear without underlayer. So this top was the perfect choice for it. Actually it was the pdf pattern I traced in my previous post, I did not have the issue it was published in (July 2013).  It’s a nice basic for summer, will have to stay in the closet for a while now as it’s getting chillier here. 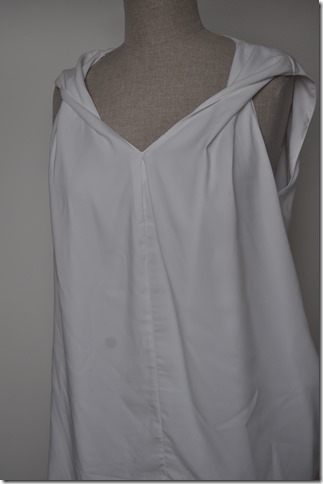 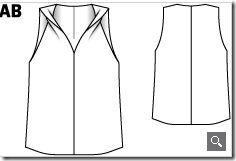 Couldn’t be more basic, a white top based on an Ottobre pattern. Meant to be worn under a jacket or cardigan. I changed the neckline and made it deeper. Initially I made the neckline band using the technique shown in this video by Sarah Veblen. It’s a good technique in general but did not work for me this time. Probably because I stretched too much. In the end I measured the circumference of the neckline on the pattern and subtracting 20% for the length of the neckline band. Worked perfectly. 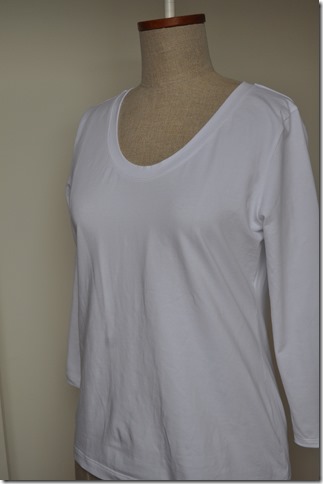 The Presto top by SavageCoco is very popular at the moment  and I jumped on the bandwagon. A lovely top. The inside finishing is very neat. The construction is described well, just do as instructed and you get a perfect finish of the neckline/shoulder area. I’m not often using the so called “Indie patterns”, often they are too expensive and/or too basic for my liking but this top was very reasonably priced ($4.99). Combined with the positive reviews on it, it was worth trying. 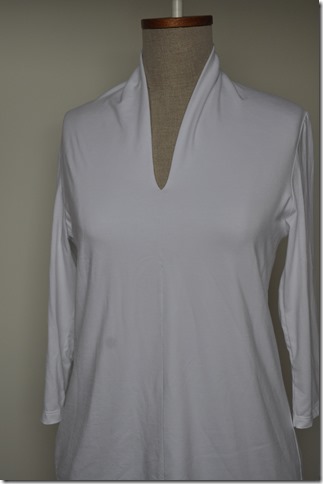 I sewed a medium size and it turned out to be too tight. Too much negative ease for my liking. But the fabric is sooo nice and soft that I hated to throw it away. It fitted my daughter very well, but she didn’t like it. As this will mostly be worn under a jacket or cardigan too I added a strip of fabric to the side. It goes from the hem at the bottom in one long strip to the sleeves too, as these were very tight as well. Next time I’ll trace the large size. 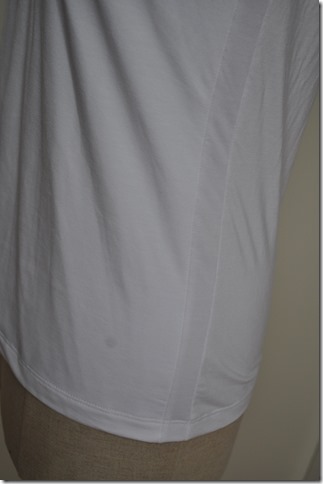 The last one I made yesterday, it’s StyleArc’s Gail top. After making this photo I hemmed it and am wearing it today, casual with a nice twist. The fabric was bought a few years ago and all the time I did not know which top I would make from it. Then I thought about this variation and I quite like it. I’m going to do some work on the pattern for my next iteration: take out a bit in the center front waist area and have the neckline cross a bit higher. Both are figure related problems, not a pattern fault. Though StyleArc’s instructions are confusing. One sentence says “sew together”, the next one “join together”. I was thinking I had to do something else than sewing together in the last instruction. Could be my English but it was confusing me. And as construction is not that obvious, I was referring to and needing the instructions. They could do better on that. 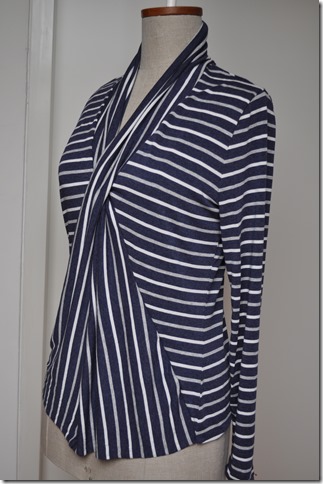 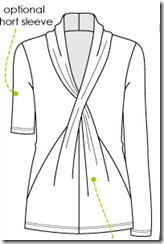 Three of these four tops were pdf patterns that I traced using the method described in my previous post. I really like to do it that way.

And to finish off for today (mainly for my own reference): another shawl finished: 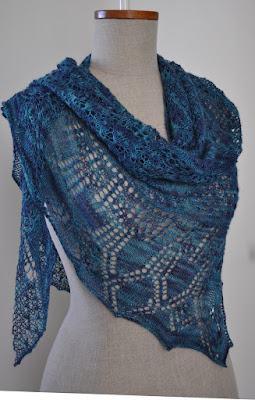 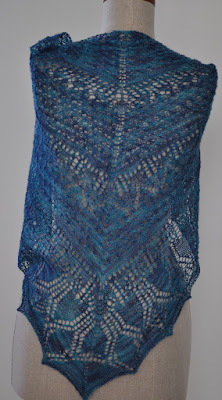