Little time for sewing this week, and when I wanted to do a little on Tuesday evening around 11 pm, the electricity supply failed in our part of town, just when I was doing some edgestitching. It was solved somewhere during the night, but no real sewing done any more, it’s been a very busy week.

I had seen Knip Mode december on Monday, wanted to buy it immediately, but even that didn’t work as planned, I only bought it today. This is a great issue again . It has patterns for the holiday season, these are more “down to earth” type than the Patrones issue I gave away. More reflecting the Dutch style in general (after all, it’s a Dutch magazine).

There are patterns for men too, as well as sleepwear, both of which I never sew, nice for those who do.

This is my favorite, if I had 2.5 meter of plain knit fabric I would make it right away. I only have a printed knit which is not so suitable. It’s high on my to sew list anyhow.

I lightened the picture a bit, and still you can’t see it very well. The line-drawing shows the lines better. The other dresses are nice as well. 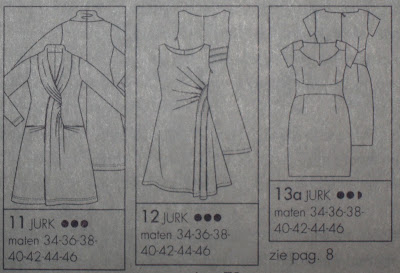 The jacket in the next picture remembered me of the Burda jacket I made, it has a lot of similar features. The skirt is one of my other favorites from this issue, not sure about the style for me. 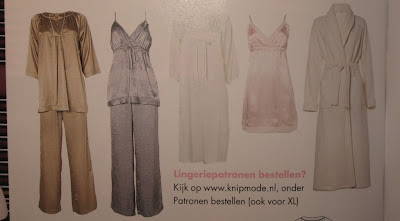 For copyright reasons I don’t want to publish too many pictures, here’s a link to a preview Knip Mode publishes.