I made a few tops the past days. One evening I traced the patterns, the next evening I cut them all and then I threaded all machines with black thread, put in new needles and started sewing in a few sessions. The result: 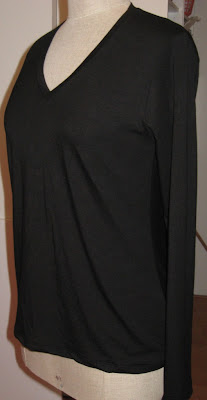 With overlapped V-neckline (buttons not yet on, must have some good ones somewhere, just can’t find them) 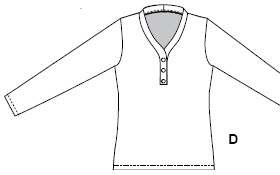 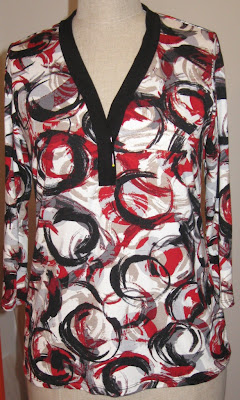 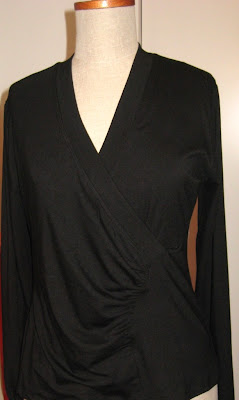 A bit more detailed in the lighter picture below 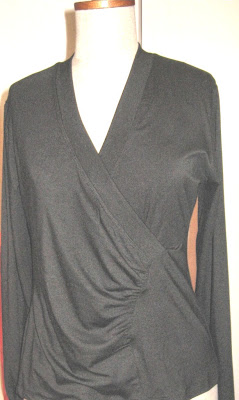 And earlier this week I made the New look cardigan. The buttons reflect the light different. They really are purple. It’s difficult to take good pictures right now, it’s dark so early. 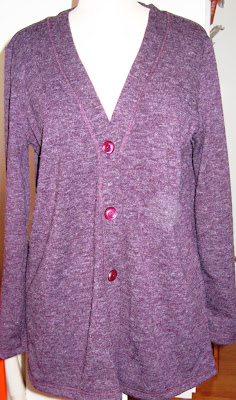 Looks like easy pieces, don’t you think? The Jalie tops and the cardigan were, but my seam ripper did come in action for the Burdastyle top (nothing to do with BWOF, my fault)!

I started using decorative elastic at the edge. It gave puckers with topstitching and I was not too happy with the result in general, too much pajama-look. That was the point I picked up the seam ripper, took half the top apart, just cut off the elastic and gave it the neckband as shown above. Now it’s great, I tried it on and DD said it looked like I just bought it from a special store. Quite a compliment. 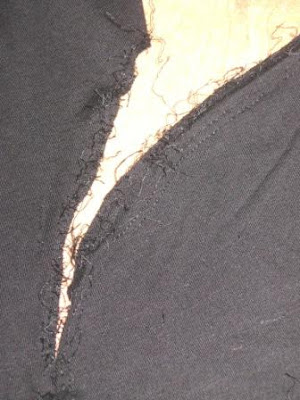 The black fabric was from an online store that I can highly recommend to my Dutch readers if you’re looking for quality fabrics: JerseyFashion. I bought two meters, it’s 1.60 wide, not cheap, but very good quality. I managed to get two tops from this, what in the end wasn’t even that expensive for two tops. They also sell the red/white/black fabric, which I bought earlier elsewhere. Different structure, but also very nice quality.

Next: Finishing the wrap top and one other top from this series and then back to the pants. I keep postponing.