The other night I looked at the front panels that were pinned to the dressform and thought something is not quite right with the pocket placement. I had traced a line on a diagonal but when I saw the basting lines I decided I wanted them to be higher center front and lower at the side. Luckily it was not too late to change it. I removed the extra layer of interfacing for the pocket carefully and added a new piece.

I’m using a technique that makes a ‘window’ for the zipper. The perfect fabric to use for the window is silk organza, as it’s thin but sturdy and super bonus is that you can see through it. I couldn’t live without a silk organza press cloth any more for that reason.

A rectangle sufficiently wide and long is cut and placed on the right side of the fabric. As I want this to look very good (it’s an eyecatcher of this jacket) I baste a lot at this stage. The outer basting stitches are not the stitch lines, just basting lines to keep the organza in place while stitching. 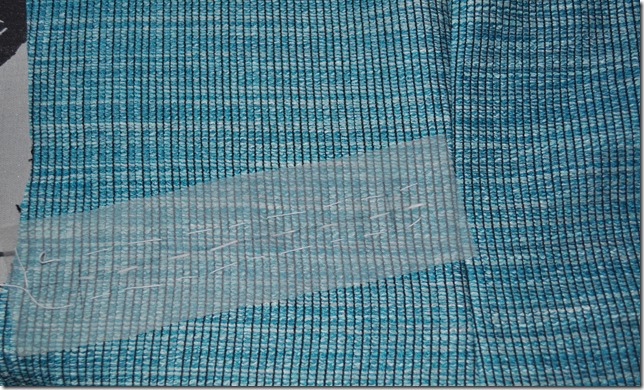 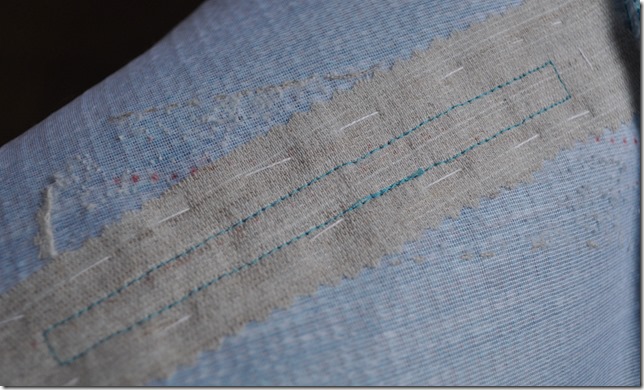 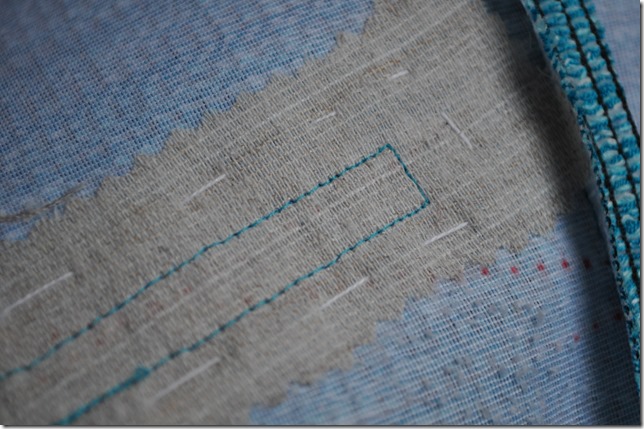 With sharp scissors the opening is cut, with long triangles at the end. Cutting exactly to the corner, but not in the stitchline!
Perhaps you can see the pink chalk mark that I made for the stitching line. The width was not decided by eyeballing it but by measuring and making a sample. 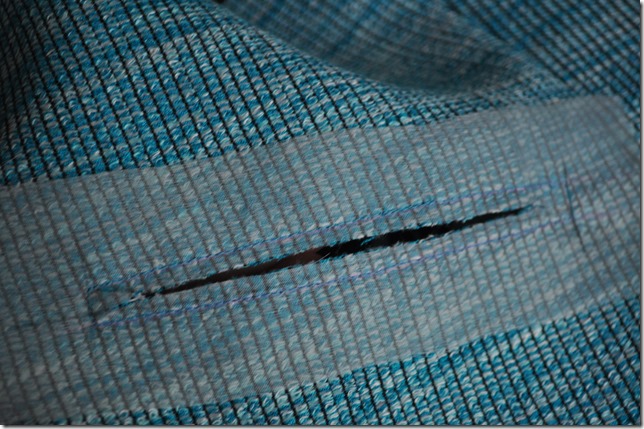 The silk organza is folded to the inside, favouring the jacket fabric a little so that the organza is not visible from the right side. 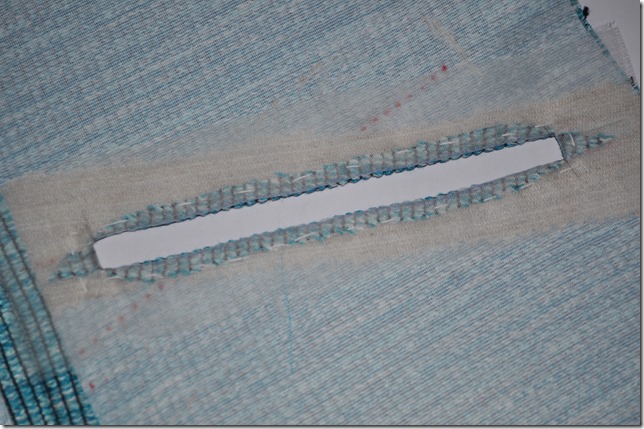 And again: pressed and basted in place. 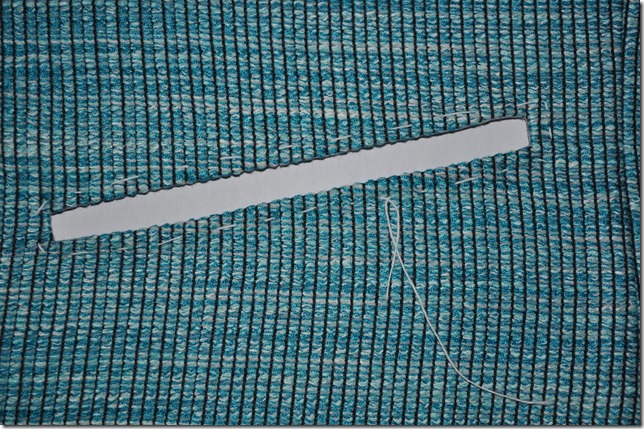 Ready for zipper and pocket insertion.