First and foremost, thank you so much for all the comments indicating that a lot of my readers like to see the details of construction. The teacher in me likes to share and document the process, but if it’s not of interest to anyone I’d better use my time sewing

. I have my times in and out of blogging, which I now regard as something natural. In the early years of blogging I used to feel I “had” to post. That feeling has gone, it’s one of the things I do and like doing very much, but there are times it’s just not a priority and I’m fine with that too.

Onwards to the jacket. I’ve added extra interfacing at the point where the pockets are to be set in and  added a strip to the neckline and center front. (the seam needs an extra pressing) 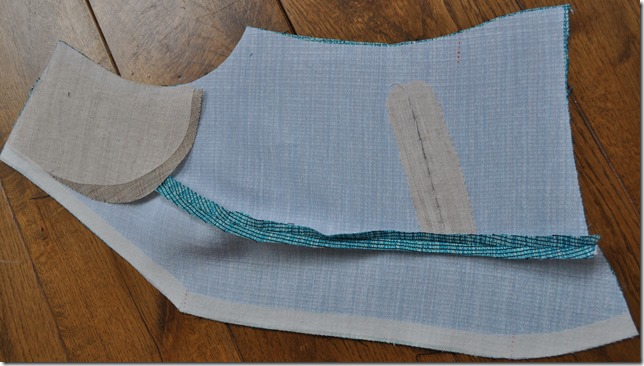 I know this pattern fits and I’ve added 1cm (3/8 inch) seam allowances. After applying the interfacing I marked a few crucial spots with carbon tracing paper: start/finish of front zipper insertion, waistline and of course the pocket line. The last one was hardly visible after applying the extra layer of interfacing and I traced it with a pencil and basted the line so it’s visible it at the front. 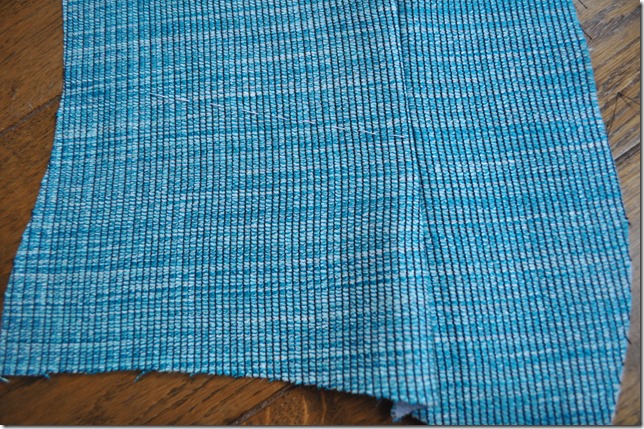 The tape I used at the neckline and center front is “off grain tape”. I bought this in the UK at the English Couture Company when I did a class there. It’s exactly what it says, off grain, not on the bias. It means it has a little stretch, perfect for a slight curve but also giving stability on the straight parts. It’s also very easy to replace it with a strip of interfacing that’s on grain, which is what Alison Smith does in her Craftsy class. Then you just clip the tape where needed. I’ll probably do that on my next jacket, as this was the last I had. 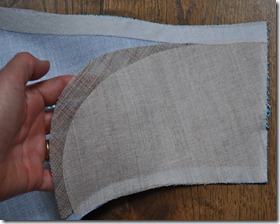 In her Craftsy class Alison Smith also uses the strip of interfacing at the shoulder seam and armhole. I won’t do that in this jacket probably (still debating).

LindaC asked which fabric this is. I don’t know the exact content of it. It was the last bit on the bolt and it didn’t mention the content. I thought it had a bit of silk in it but the shop owner said it was viscose (rayon) with some other fiber. Whatever it is, it has a lovely texture and shine and is easy to work with.