When I was with my sewing friend Valerie two weeks ago (that long already?) she asked whether I had seen the video in which Trudy from Hotpatterns showed a black and white skirt. Valerie thought it was something I would like. I hadn’t seen the video, and she was right: when I had seen it I immediately knew that I wanted to make the skirt. Indeed I even bought some black linen a day later (having white already).

To be very honest I didn’t buy the pattern. It’s the Deco Vibe Deceptively Skinny Patchwork Skirt, the link to the video is from that page as well. Trudy shows how to make the front panel, and it being a pencil skirt, I took the pattern that I used for the Dries van Nooten knock off earlier this year: a high waist pencil skirt.

I started with drawing the idea on a piece of paper before cutting into fabric. 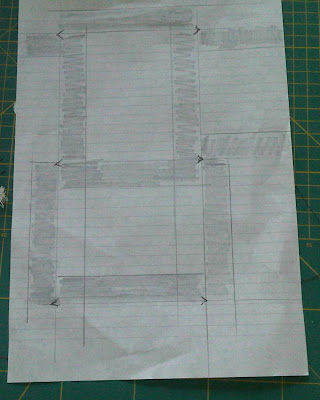 Then I made a first sample. Not having the pattern I was of course on my own to decide on measurements. The first one was a bit too narrow in the black we thought. So I made another sample, which I couldn’t find now to take a picture. Cell phone pictures btw, my good camera is on holiday ;) 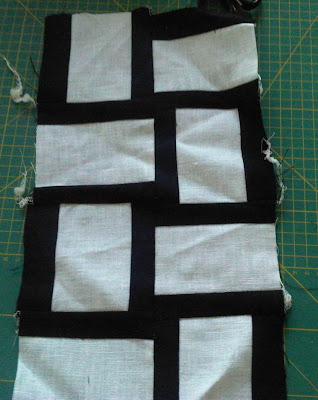 The result for this moment, the skirt is basicly constructed and it fits. After comparison now, the first sample is more like the HotPatterns one after all and my side panels are wider. But… I like it so far. 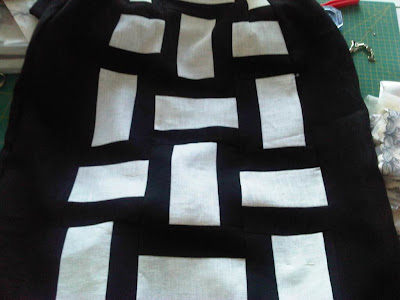 There were ideas about having 1 red block into the front or making a lace insert. With Pauline I discussed the possibility of adding separating zippers on the front so that you could have different front panels and extend the wearing possibilities. I did not do this after all, because of the high costs of those zippers and I was afraid of it becoming too stiff in the waist. Nice idea to think about though.

After some editing: the idea of the red block: 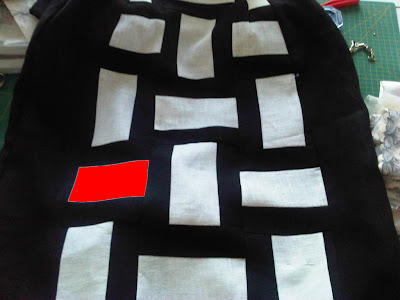