The pattern that came with the course is Vogue 8648. It was possible to use another pattern, but this is quite nice with a lot of lines that make it possible to adjust for fit. I think I’m going to make the short sleeve version, though could decide to make it sleeveless. It will depend on the muslin. 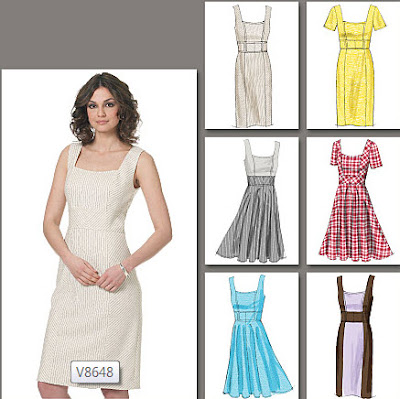 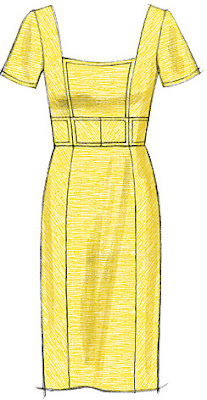 Choosing the size was a nightmare of course: my bust is size 16, but I know I have a narrow back with a full bust. My waist is a size 12-14, and hipsize is a 18-20 (do I want to tell this?). In the end I decided to trace the 16 for the top based on the finished measurements indicated on the pattern. The muslin can be adapted later for the more narrow back I hope. If not a second muslin must be made. I usually trace my patterns, and this one is no exception. It makes it easier too if I have to go back to another size.
The skirt pieces I tapered down to a size 18. There are extra wide seam allowances, so if necessary I have space to play with. The finished measurements do indicate that it should be OK. I’m not completely fitting at the waist, as that will give the hips too much emphasis. For this Burda dress that worked well. The muslin will show whether that will work for this dress as well.

The indications for the finished width on the pattern. It was only after I started blogging that I realized this indication was there on most patterns. I was told by one of my readers after a remark I made. For this pattern the finished measurements for bust, waist and hips are indicated. 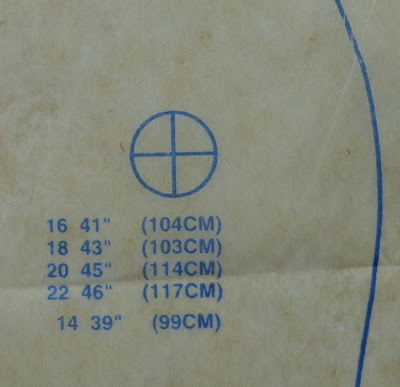 There’s someting strange though with the markings on this pattern for center front and back. Normally they are marked at the 5/8 inch line. Seeing the midrif front section I was wondering whether the seam allowances were different there. Susan Khalje hadn’t remarked on this, nor could I find an indication on the pattern or the pattern instructions. As you can see the markings are for 1/4 inch (first picture), half an inch (second picture) and the usual 5/8 inch on the last picture. I checked with the pattern parts that have to be sewn to these parts, and it seems that the markings are just off, the pieces itself seem to be correct. Strange! 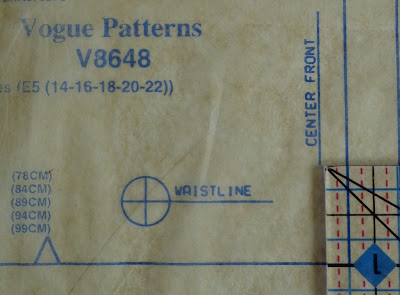 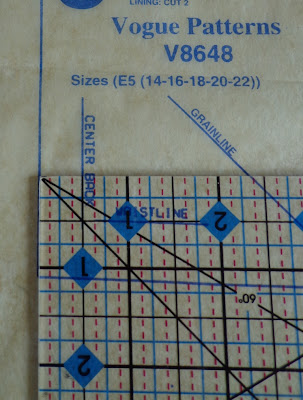 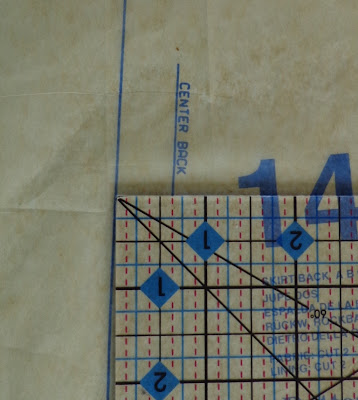 Susan works with the actual seam lines (hurray for that, I don’t like to work with the included seamallowances on complicated pattern pieces, as I’ve mentioned before when making a Vogue jacket). This is as far as I managed this weekend. The muslin is cut and marked (with wax paper and by stitchting all the lines). The top of the muslin is constructed. On each part is written what it is. Later this muslin will be the pattern to cut the underlining from. To be continued. 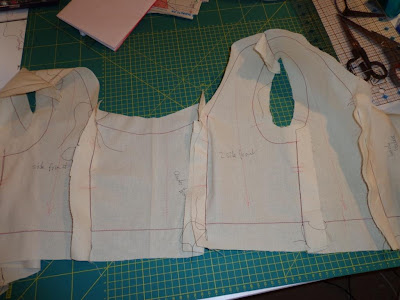 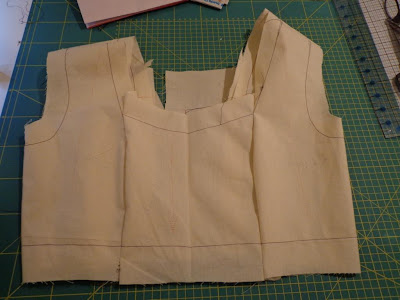