Thank you all for your nice comments on my ling.erie sets. The heart in the center which Summerset and Vicky mentioned was unintentional, but a pleasant suprise when I unfolded the part after sewing together.

For those looking for the source of my notions, this is the link to a post where I wrote about that earlier. I'll leave this kind of sewing now for a while again, back to more conventional sewing projects.

I've been sewing quite a bit the last weekend. This is the Rick Owen Knock off top. 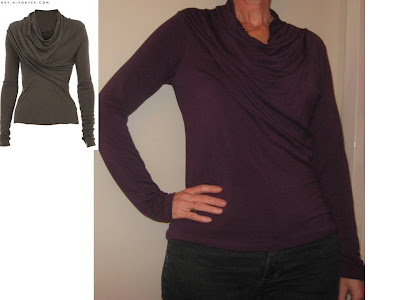 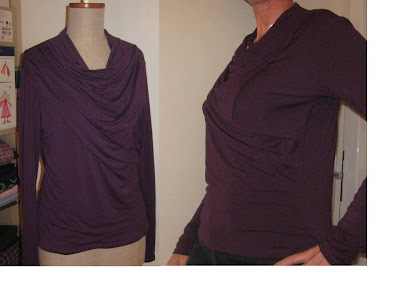 The general idea is a bit like the original I think, but there are more diagonal pleats in the original. I used the Jalie t-shirt of the twinset pattern 2566. The front is double, and I used the inside for fixing the pleats at a few locations. It's quite nice, but not sure whether I will wear it a lot. I'll have to get used to it, though everyone of my family says it's "typically me".

I've been afraid that the pleats would give too much attention to my bust, as some have expressed for themselves in the comments here and on the discussion thread on Pattern Review. This is not the case, at least, no more than usual, in fact I think it's hiding my bust a bit.

Then I made the famous Jalie 2974, the sweetheart top. I have this pattern for quite a while, but never got round to make it. If you have it and not sewn it yet, do! My first one immediately inspired me to make a second. The black one is a bit more formal than the second one, for which I also lengthened the sleeves. I really love the neckline, and am sure that especially the black one will be a favorite top the coming months. The grey one is nice, but gives the attention to the bust I don't want. The black neckline facing is the cause of that in my opinion. 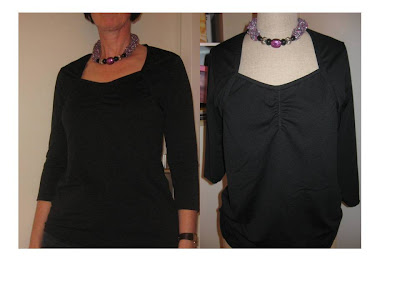 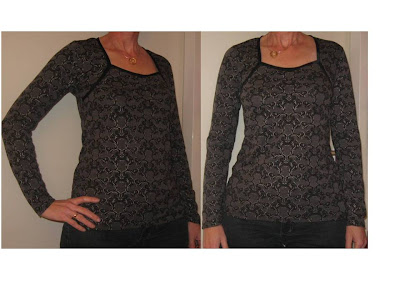 Wishing you all a very happy, peaceful Christmas. 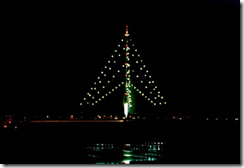