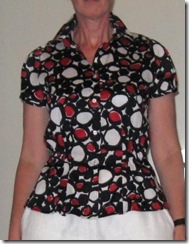 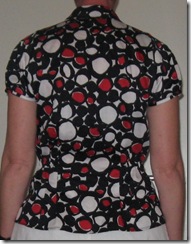 This is a well drafted pattern, I changed the length in the waist and did a small FBA. Certainly will make it again. Here are a few extra pictures of the sleeve. 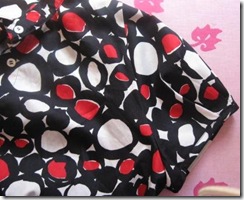 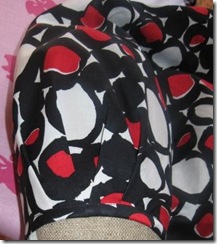 For turning the collar I used a collar clamp, which I ordered with Sew Exciting, together with samples of interfacing (great quality, as mentioned by some on the internet before). After some practise on scraps I used the following method for the clamp, which is a bit different than described on the Sew Exciting website. I find that there is too much of the collar to hold the point firmly.