A rant and some sewing done

Early June I published about the great index Peacock chic had made of the Burda (BWOF) magazines. Just before I left for vacation, I got an e-mail from Ann-Marie (who pointed this wonderful resource to me) that the flickr album is no longer available. I understand that Burda sent a legal notice to remove the pictures! I am so sorry to hear that, it was such a wonderful resource.
Though I somehow can see Burda’s point not wanting this, I would suggest them to make an accessible, user friendly site themselves. Then they wouldn’t have to bother so much about this (my personal opinion of course) and get positive attention for their own site. And I do sincerely hope that it was not my post that gave it so much attention that Peacock chic had to remove the album.

Back to my sewing. Jetlag did last longer than I expected and I didn’t work on the jacket apart from preparing fabric, interfacings and finding all that I need for it. But I longed to sew again, so thought it was good to finish a bra that had only a few little things to be done and sew the accompanying panties. I first showed a picture of the bra on April 2, when it was almost done. Well, it was an UFO till yesterday. I almost messed up the panties (must be the jetlag), but it was ok in the end. 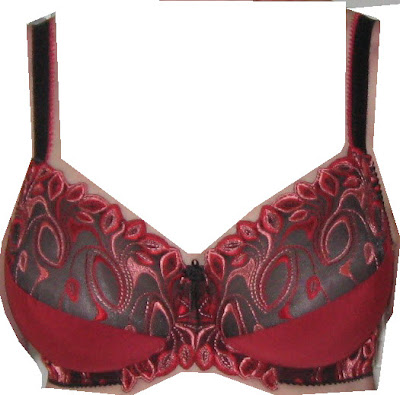 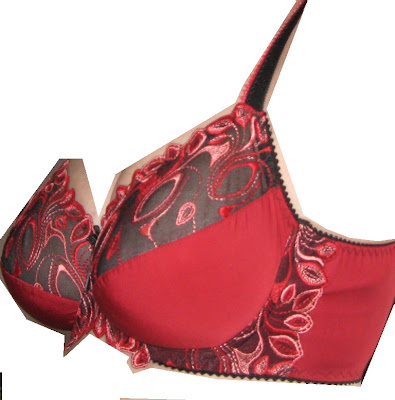 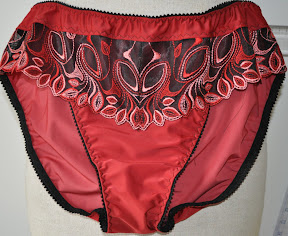 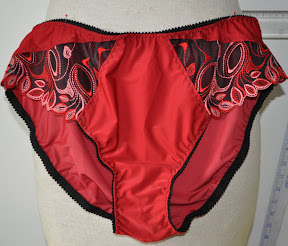 I used red elastic as extra accent at the shoulder straps. The picture shows right and wrong side. 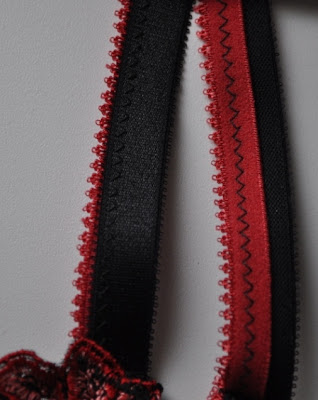 Side of the bra, the back has a ‘downward hike’, which for me helps that the back remains low and doesn’t creep up. 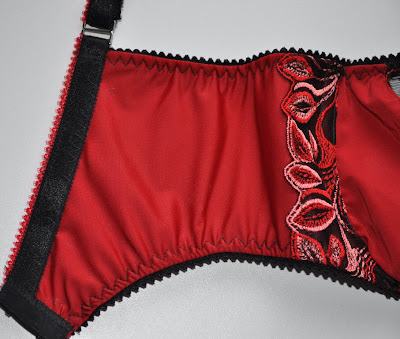 Center front, made as described in this tutorial. 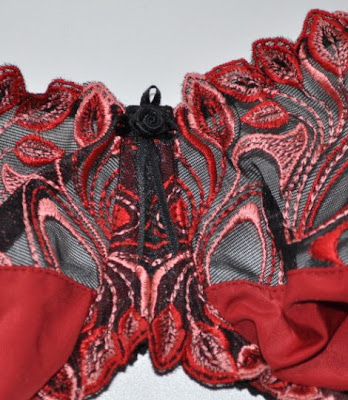 The side/back panel was made stronger by using powernet as interfacing. The cups have a more thin interfacing (non stretch). 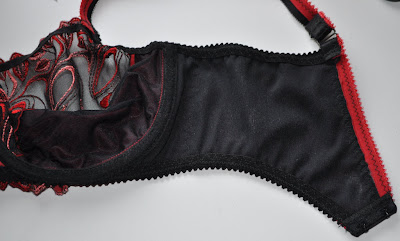