Here are the pictures of the session at Kenneth Kings studio while he was fitting my jacket.

Further I noticed that the dart under the collar is visible, and you can see that in the magazine picture too, where they show the plain version. KK changed the position of this dart, changed the collar and it will be laying a bit more to my neck and less flat.

The most important change was in the back, he made separate pattern pieces for left and right, to accomodate a not symmetrical shape at hip height. Robin already said it too, it was impressive to see how fast he works. If you click on the second picture, you’ll see a front with a bow that he made, testing a pattern from a Japanese pattern book. 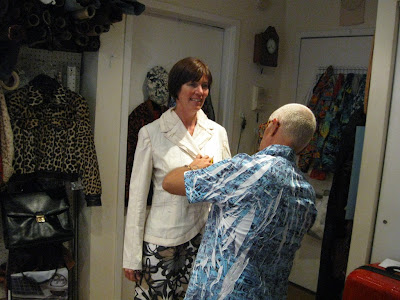 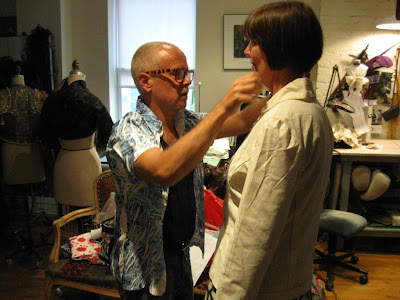 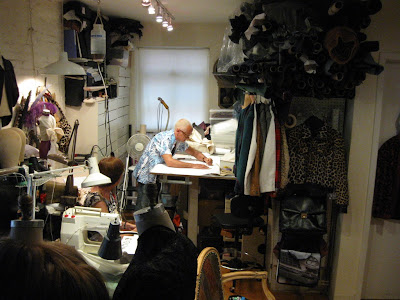 Some pictures from the morning, also showing Robin while Kenneth shows us a fur jacket he made. It was such a special event, he is such a great designer and it was such a pleasure to look around and see some of the garments he made up close. 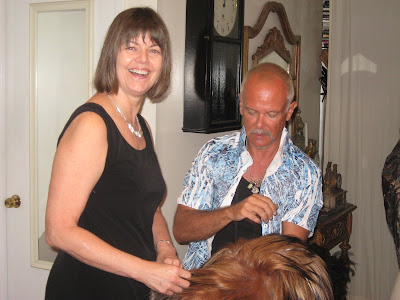 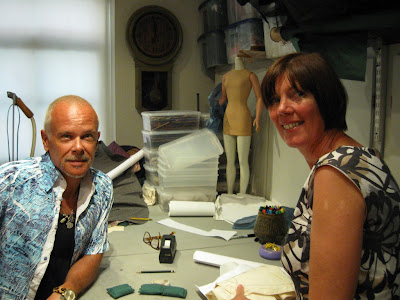 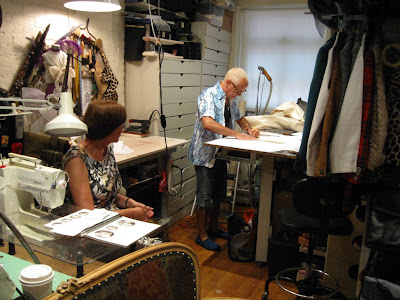 Apart from designing and making fabulous clothes, Kenneth King also shares his knowledge in his Threads articles and his books, in which he shows technique with a lot of clear pictures and often new approach to doing things. Below a test weltpocket for my jacket, made by the method in his book Cool Couture. It will get a flap in the jacket, but I don’t want to spill too much fabric on samples before cutting the jacket. The fabric is from Sew It up, and I forgot to note the contents, but it’s not all wool. 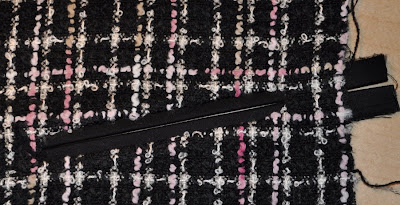 I’m definitely ready for fall sewing, today here it looks like fall already: dark clouds, raining and temperatures around 20 celcius (below 70 fahrenheit). I’ve many plans (and too little time), a lot of inspiration online and in the new Knip Mode and Patrones magazines. September Burda is promising to have some great patterns for me again. I received the Patrones today, and if you like jackets, wow, there are a lot of them, some of which I like a lot. Though if you are plus-sized: there are no plus size patterns in it this time, it looks like they are publishing a separate plus size magazine soon, like Burda does.

More on the magazines another time.