Yesterday late in the afternoon I was skimming the blog posts in Google reader, heavily frustrated by trying to buy a dress for an event I will attend in two weeks time. No luck in that! I’ll have to sew one.

The past week there had been less time for sewing than hoped for, so the muslin I intended to make was not even cut yet, and I was not too sure of the suitability of the pattern I had in mind.

I read quickly through Melissa’s review of last months Knip modes and then there was a lightbulb moment when I read this sentence: “And as long as they keep producing these origami dresses, I will keep on loving them”. At that moment I realized I had bought the November issue with a dress I loved, but at the time thought I wouldn’t have an occasion to wear. It too has some folding, which Knip Mode has done a lot in their patterns recently. And like Melissa, I like that. 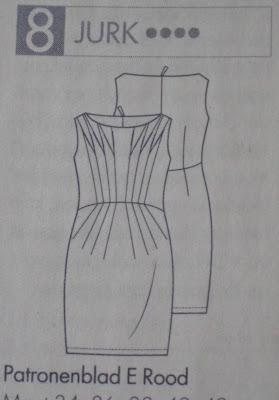 I almost immediately shut down my computer, took the issue from the shelve and traced the pattern.

These are the pieces for the front, looks pretty complicated, but it isn’t that difficult. The drafting is very good, all pieces fit very well together. 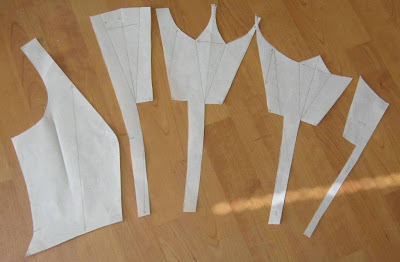 The muslin in its current state, back and skirt still need to be attached. 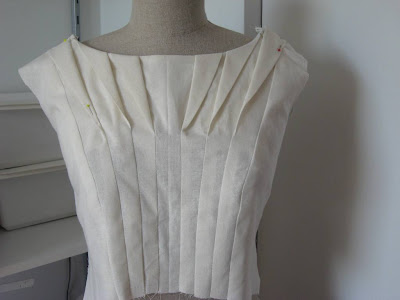 And apart from the importance of fitting, the muslin shows something that can be changed: the pleat that goes to shoulder level is very narrow at the end and there is a lot of bulk in the seam there. I think I will stop the pleat a bit more down the neckline so there won’t be a very narrow pleat at the top, and less bulk to deal with. 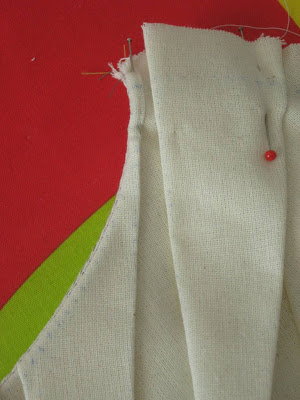 Closing this post with a few inpsiration pictures from this November issue. 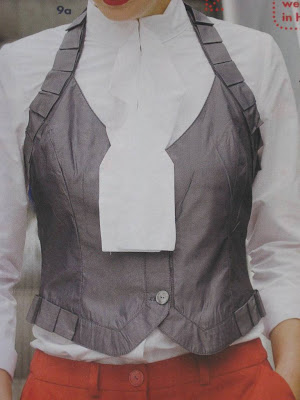 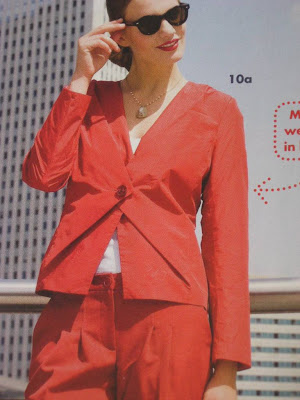 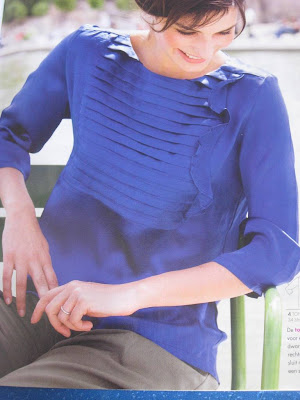