The dress I made was cut on the bias and as a result I had a bit of fabric left. It inspired me to sew this top as experiment for rotating darts out to the neckline and create tucks. It’s a style I don’t use as in commercial patterns there is usually so much ease around the bust added that I I feel it makes me look huge. Still I wanted to try this. The result is better than I hoped because no extra ease is added at bust height. Not the very best style on me but wearable. 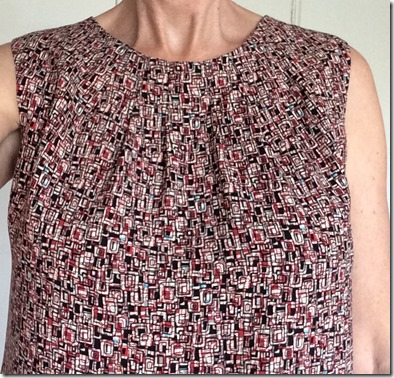 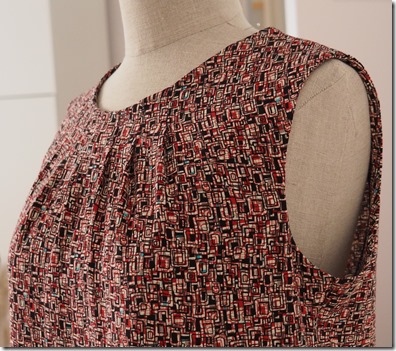 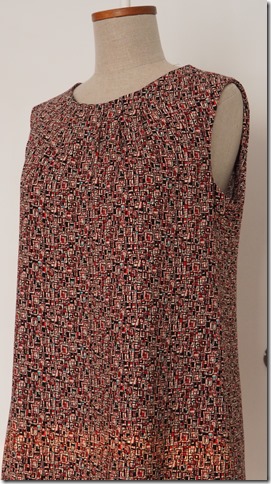 I made the shoulder seam with the instructions from Sara Alm’s Craftsy class Facings and linings. Very neat method. Definitely a good alternative to the way I used before. 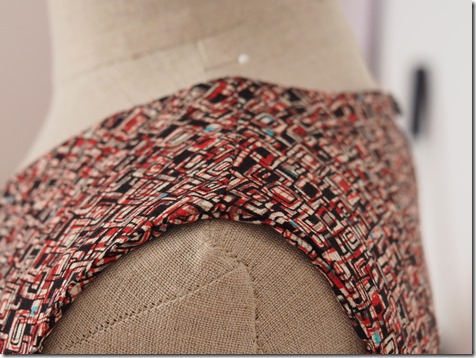 For those interested the pattern drafting phases. The shoulder, armhole and bust dart are rotated out, creating space at the new tuck lines. 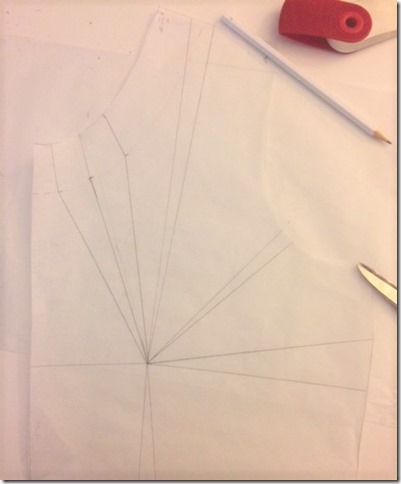 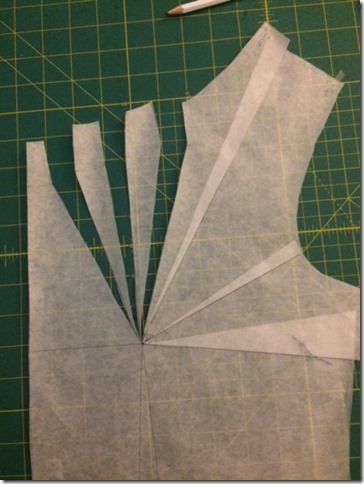 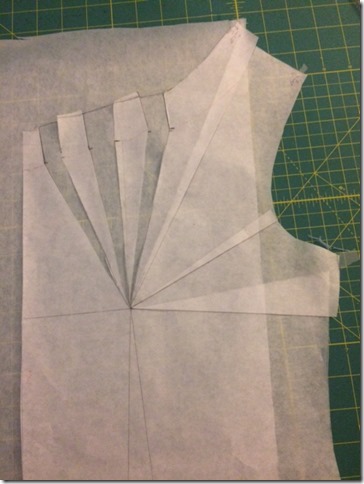 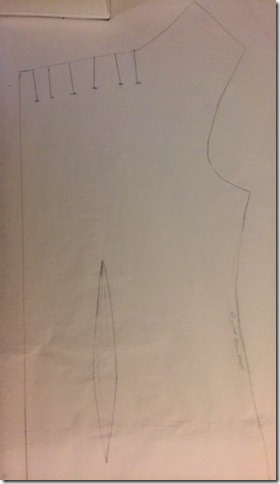 In the end I did not sew the waist dart.

To conclude a first picture of my next project. Pattern pieces cut and block-fused. It’s a souvenir fabric I bought a few years ago in New York. At the time I thought I would make a Chanel-style jacket of it, but I’m not really wanting one any more. It will be a short coat. More on that later. 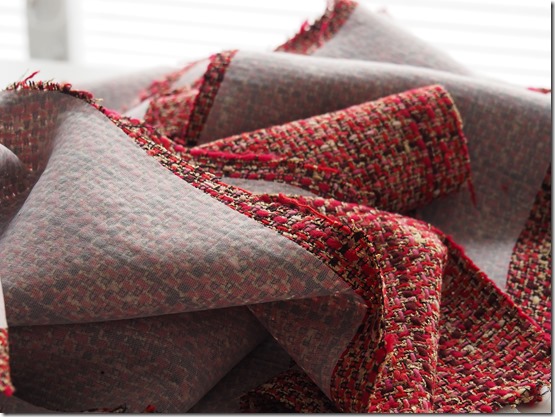