February is a short month and the past week there were family matters to take care of, so again I did less than I hoped to do. But I’m pretty pleased with this bra, which has the cups of Merckwaerdigh BHST2 and the band of my tnt pattern. After making many, many bra’s I know that this band gives me good support, is comfortable and doesn’t ride up. What I did is making sure the cups fitted into the band. It meant taking in the lower cup a tiny bit but I didn’t make any other changes. Through experience I know which cupsize I have in in the Merckwaerdigh line of patterns.

As I’ve said before the trouble with bra making is that you can’t judge the fit untill it’s almost finished and I’m happy the fit is very good. The cups have good breast coverage and center front is on my rib cage. 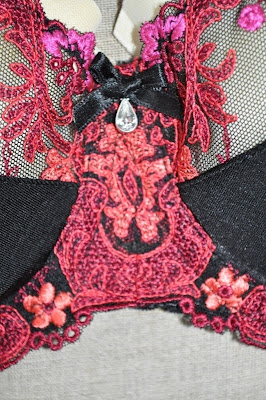 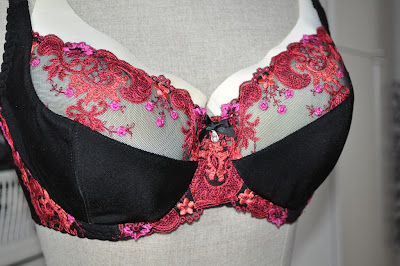 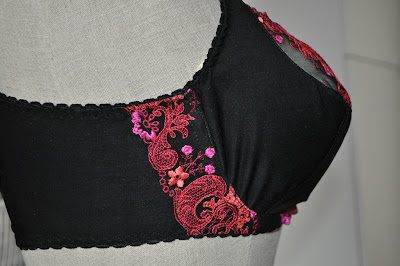 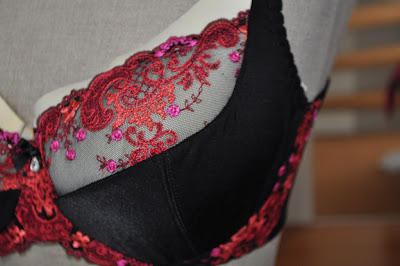 My dressform is even a bit too wide and closing there is quite a bit of tension on the back. The reason why the shoulderstraps are not straight up. 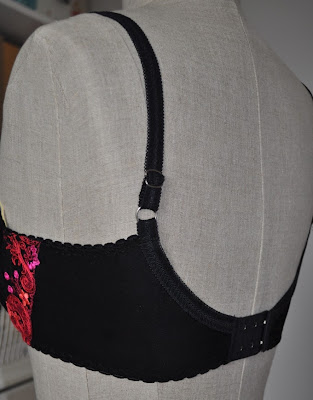 Tonight I will be making the accompanying panties, there is one bra still unfinished because I didn’t like the color of the shoulderstrap I had after all.

I found out that the technical issue I had last week with links to my photos were not a technical issue after all: in some strange way I had a Google + account (don’t remember signing on for that, I’m not one for that kind of social media (yet)) and apparently the developers of that service think/assume that you only want to share photos with people in you “circles”, so there was no “link to this picture” any more, only a “share” option which was not wat I want. After a lot of browsing I found out that this might be the cause and after I abandoned my google+ account  I was able to link to my photos as I was used to. Hope they will keep it that way, you never know what “improvement” they have in mind next.