I’ve done a little bit of easy sewing projects in the past weeks. I didn’t have energy to do anything complicated. Hope to show some finished pictures of 4 (!) spring tops this week, pictures still have to be taken.  The energy is returning a bit, at least I’m inspired to sew the jacket with the neckline I’ve shown you in the Pattern Review RTW contest that’s running this month. Would be nice to be able to do that.


I’d like to thank Lori for giving me the Versatile blogger award. I’ve been an irregular blogger in the past year and don’t read/comment as much on other blogs as I used to do. I’m honored but hope you don’t mind if I don’t tell 7 things you don’t know about me and don’t pass it along right now.


Back to sewing: think I mentioned I made the Jenny blouse (StyleArc) again and did some pattern alterations. The white version I made in November does not have perfect fit, but I’ve worn it very, very often already, mainly under jackets or cardigans. It’s a great basic.


The pictures were taken after a day of wearing, excuse the wrinkles and the strange popping out of my trousers. My son doesn’t have an eye for such a detail ;)


I did an FBA at the front and made the back a bit higher at the center (see below for pictures of the pattern pieces). Also the front dart was lowered, it was ending right at the bust point, not so good a view in my opinion. The dark spot on the blouse must be in the picture, it was not on the blouse itself (lucky me). 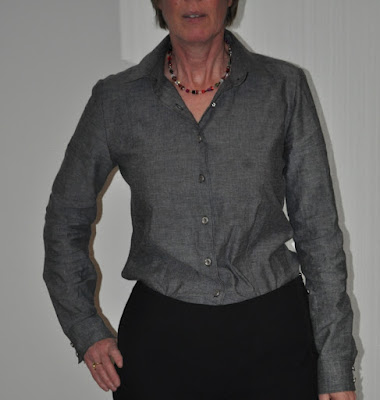 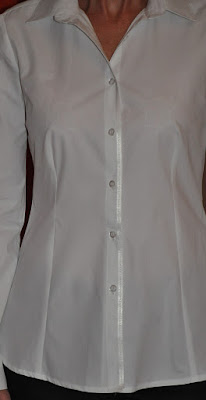 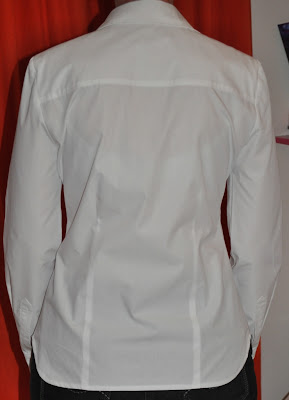 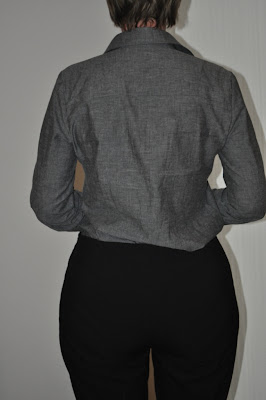 This time no placket at the sleeve, but the slit as described in this post. 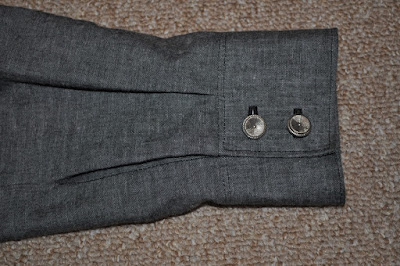 Here you see the main changes to the front. The red lines show where the pattern is wider now, the bluelines are where the pieces overlap a bit. 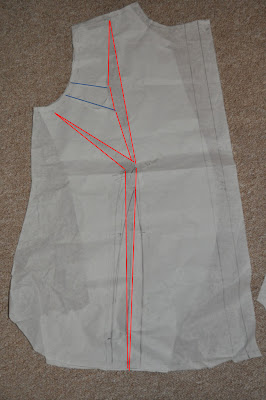 At center back I heightened the  pattern 1 cm. Not much but it does make a change. 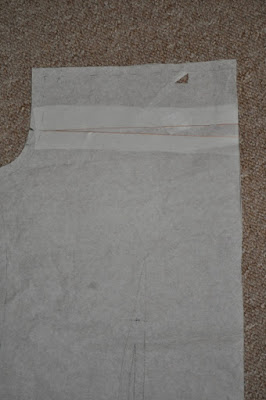 And something quite different: Do you like the color-blocking trend? I was browsing my magazines (for a jacket) and came across these pictures from Burda (BWOF) November 2003!! Black and white at the time, but easily to be changed to different colors. The last jacket is my favorite, but whether I’ll get as far as making it???? 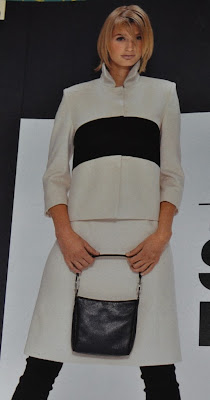 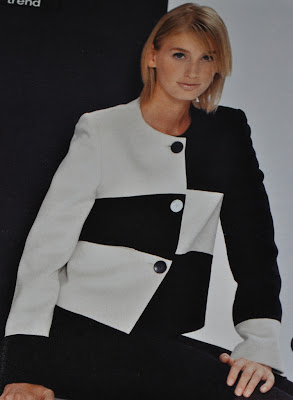