So much to tell

I’ve done a lot of sewing (related) things in the past week, enough for a few posts. I”ll start with the real sewing bit: I did finish the lace twinset. And the cardigan was such an easy piece. I cut it at 8.45 pm this evening and finished it only an hour later! OK, I used the Jalie cardigan pattern that was ready to use, so no need to trace. But from cutting to finished project in an hour is pretty fast, while I thought I might be more difficult due to the special, open fabric.

In my previous post you can see the inspiration pictures.

This is the finished top. I’ll try to get pictures of me wearing it, but at the moment it’s difficult to have daylight pictures, which is what this needs. This is a picture heavey post anyhow. 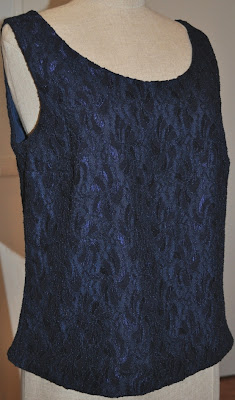 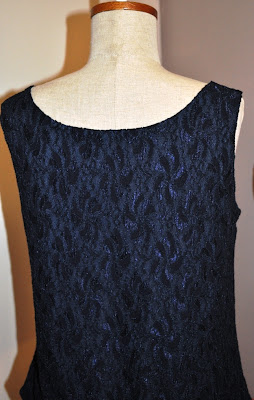 For the top I used the sorbetto pattern that I also made before. I used the same blue silk as the top in this post, but now as an under layer. I used the layer of lace and silk as one after pinning them together.

I basted the darts before sewing them: 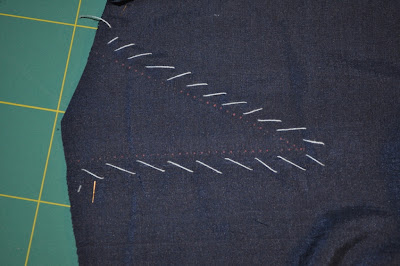 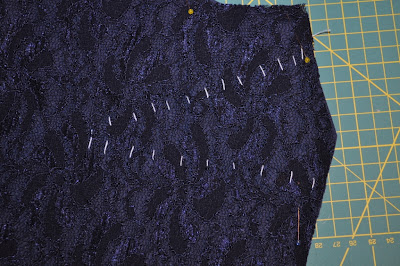 For the interfacing I used sheer pro elegance from Pam, and the technique to make it neatly finished as described in this tutorial by Lori. It really makes for a neat finish.

On the left the facing before turning inwards, on the right the finished facing. 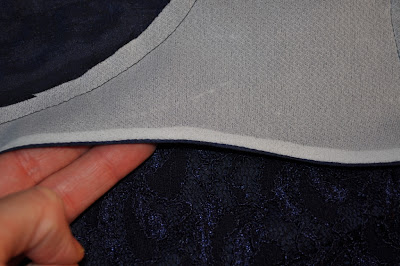 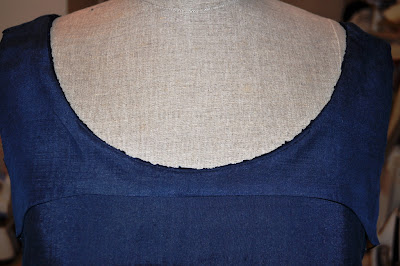 The hem was serged and I stitched it by hand. 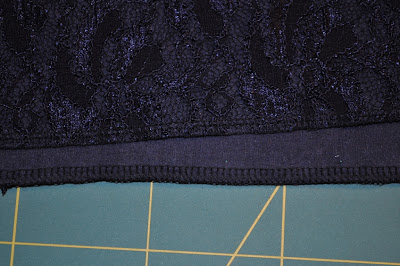 As said I used the Jalie cardigan pattern, no. 2566. For the front I cut it a bit longer and wider to get the look of the inspiration cardigan. This is all what was possible with the yardage I had. 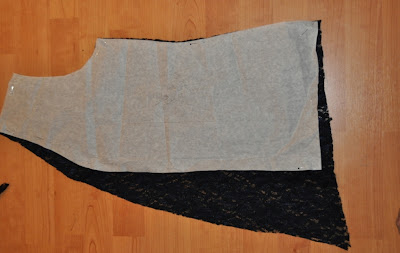 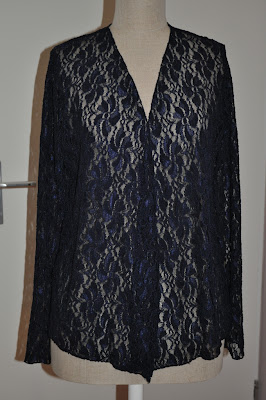 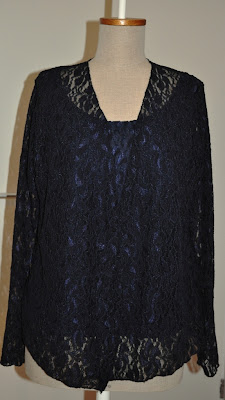 For the edges I used a rolled hem. Though I thought this might not work, a quick test made clear that it worked well. From a book I have I learned that it's better to have a bit more fabric in the rolled hem and this was the trick I needed to have nice rolled hems. For normal serging I always have the most narrow width (1), for this I used 3 to 4 cutting width. It gives the machine something to roll ;) 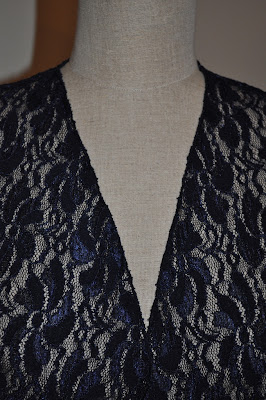 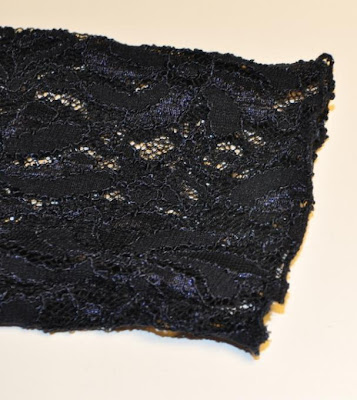