The first day of the new year started with rain and sunshine here, very different weather from what we had the past few weeks. I am happy the snow has melted, though colder weather is predicted again.

Two 2010 projects were not shown here yet: a jacket and the famous Jalie scarf top. This top was counted in my total, as I published a picture of the fabric and when I saw that, I was reminded to the fact that I didn’t show it. 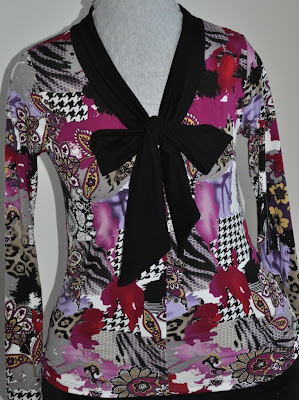 How is it that when you cut such an irregular fabric without paying attention, you end up with two almost identical parts on both sides? I didn't wear the top yet, too cold and if I'm going to wear it, it will be without the bow, just with the ties down.

The other is a Burda jacket (February 2010, no. 101). Not a difficult jacket at all, but it took me forever to finish. Yesterday I wore it to the friends we spent New Years Eve with, and I only made the buttonholes and attached the buttons an hour prior to leaving. 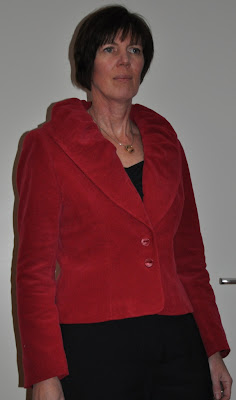 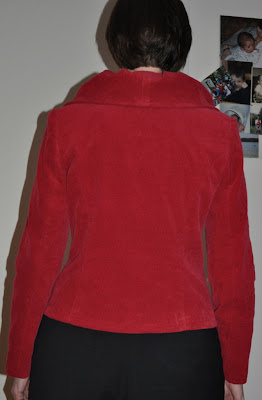 Sewing plans for 2011? As usual I don’t have any special resolutions or plans. It would be nice to have time to be a little more creative again. A Chanel jacket is on the list, I have a winter (dark colored) fabric and a spring colored fabric for it. Can’t decide yet what I want to do.

The first project will be active wear though. I had a black supplex already and have ordered white and red to go with it. The Pattern Review contest for active wear is in January. Good to get me started.

I want to make a pair of pants, one or two tops and a jacket.

This is the fabric 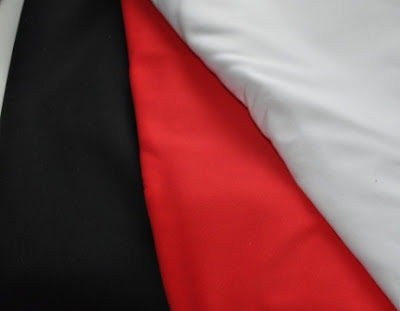 And two of the patterns I will use: the top from Knip Mode February 2007, the jacket from an Ottobre issue. 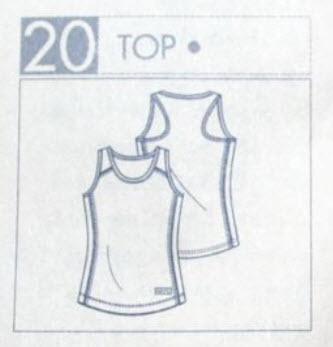 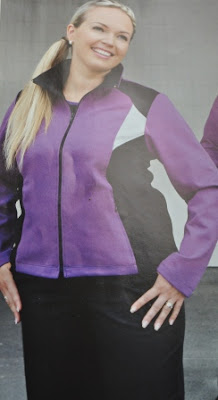 First I’ll make some sketches to decide on how to use the colors. After a few weeks of hardly any sewing I’m longing to get going again.