That’s how it feels to me. Next is a jacket from a Burda from 2000 (too lazy to check the month now). I was looking for a pattern I remembered for a jacket in one of the old issues I have, but that appeared not to be what I was looking for, but I found this pattern instead. 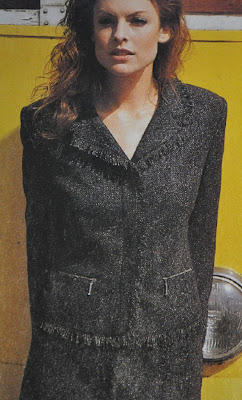 The fabric is linen, it has a stripe in the length which doesn't show well in the picture, along with an abstract flower woven in. 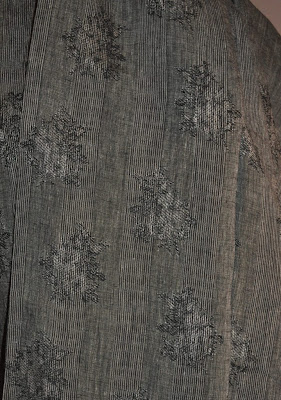 The muslin on my “dressform to be”, more on that later, it’s sturdy enough now to be used for the first time, though it’s not finished yet.

I traced a size 40, did a proper FBA as described in the book Fit for real people and took in the center back seam a bit at the wiast. I tapered down a size larger in the hip area, but need more space there. 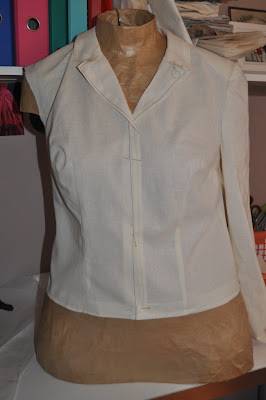 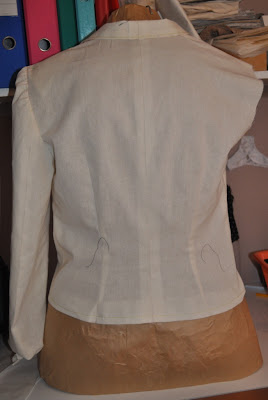 Trying the muslin on myself showed a strange fold in the sleeve, but I checked it with the sleeve pattern of one of my favorite jackets (Burda too) and it’s practically the same.

I’d like a bit casual jacket and consider taking the vertical darts out. What do you think?