You’re being quite unanimous in your answers whether you like the posts on plans and details. I was thinking I might be repeating myself, i showed how I make a jacket earlier on, but it has been awhile. As to plans: I have a lot of plans, quite a few (coordinating!) fabrics that I want to sew some clothes from and techniques I want to try. I’ll do a post on my plans when my jacket is finished, but my experience is that most plans for a sequence of garments somehow are left somewhere in the middle.

More detail shots of the jacket then. I made single welt pockets and was inspired by the book Cool couture by Kenneth King (so envious of those of you who attended the PR weekend and had a chance to do some embellishment with his guidance). I used a combination of two types of pockets that he described.

Basically it comes down to  make sure the seam of the side of the welt is transferred to the back of the welt.  I’m not writing a complete tutorial (( do highly recommend buying the book) but this is what I did:

Cut the welt from silk organza, in a double layer, the foldline is on the straight of grain.
Re-drafted the welt pattern piece, so that there are angles of 45 degree that must match on the back of the welt.

The interfacing organze was edgestitched to the back of the welt, leaving a few stitches open at the corners. In this way I could pull the corners away when stitching th seam. 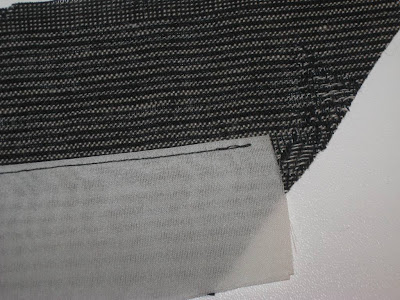 Stittched the seam of the welt. 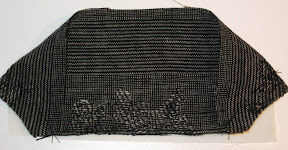 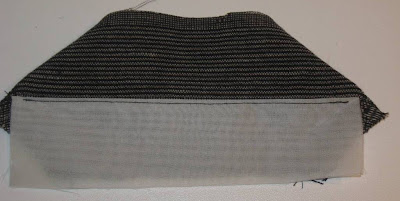 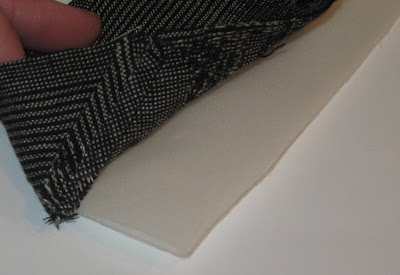 Folded the welt over the organza interfacing

The back, do you notice the seam line that goes from the left upper corner in a diagonal line to the bottom? 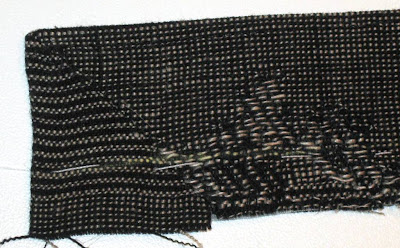 Stitched the welt and pocket to the front of the garment. 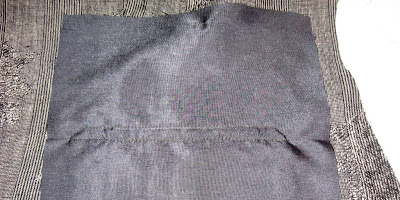 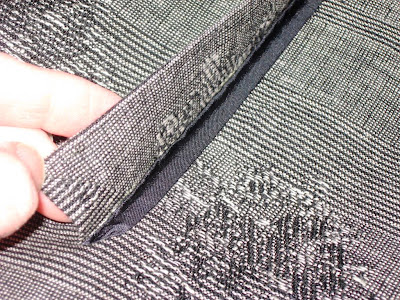