At the beginning of August I showed you a knitted sweater in progress. I finished it a couple of weeks ago and I’m ever so pleased with it. The base was a pattern by Asa Tricosa, but my version doesn’t resemble the original much. It’s mainly used for the general shape, number of stitches, increases/decreases etc. Center front I added a cable from the book Japanese Knitting Stitch Bible: 260 Exquisite Patterns by Hitomi Shida. At the sides I repeated the small cable at the edge. 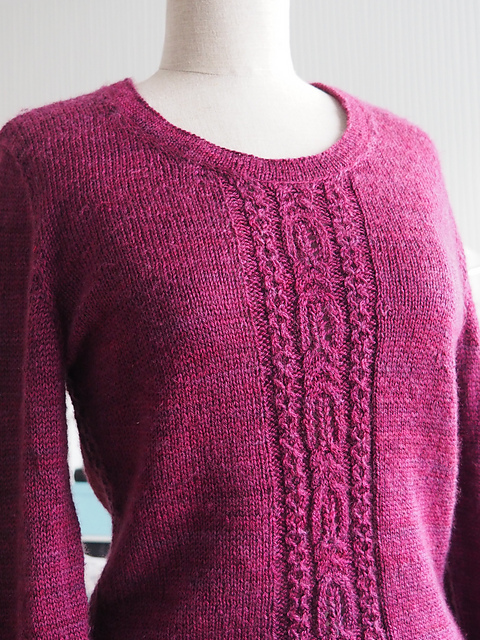 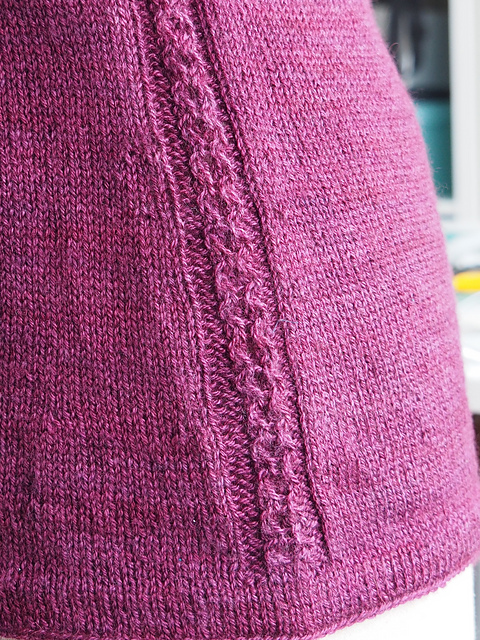 I love the technique that Asa Tricosa has developed, which she calls the “Ziggurat” method. It’s knitting top-down and with very clever techniques you knit the top of the sleeve in one pass with the body too. A way in which you can try it on in an early stage too and adapt for fit more easily. My fear in knitting sweaters was always that I would spend hours and hours (far more time than most sewing projects take) and after assembly would find out that it was not fitting. If you’ve been reading my blog for a little while you know I can be obsessive about fit

. I’ve found a technique that suits me very well and have two more garments on the needles from her book.

The book has many projects with lovely details that have a huge appeal to me, like this double knitted hem. Isn’t it a lovely detail? It’s a bit like nice underwear: you know it’s there, even if no one sees it. 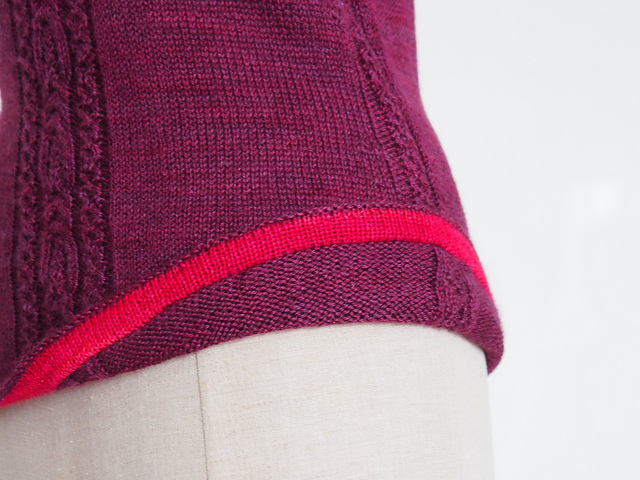 The annual sewing retreat in the UK with a group of friends is next week, I’m preparing a coat and a jacket to sew. Sewing projects will be shown here again soon .