About t-shirts and hemming with coverstitch

Pictures of the finished skirt have to wait. I want to hem my skirt with “steam a seam” tape but forgot to buy it and as most of my fabrics and notions are in storage, I had none available at all. So I spent my weekend sewing two t-shirts. The pattern is the Ann T-top from StyleArc: 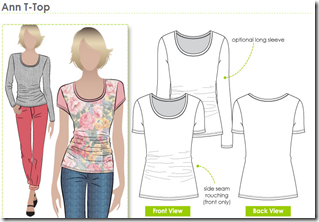 I’ve made this pattern several times now and it’s a great basic. After the initial one last year (never blogged about as far as I remember) I removed the gathers in the front by folding up at waist level.

Until recently I used an old Ottobre pattern from 2007 as my base for t-shirts, which is still a great pattern. But, as you can guess, it’s in storage (by accident though). 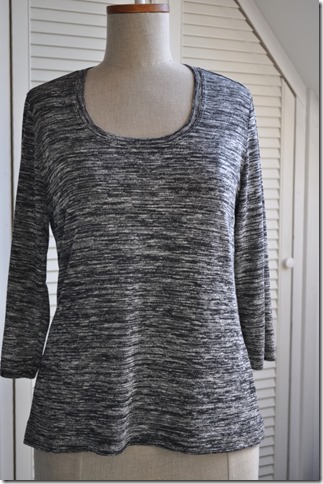 The neckline and hems of both t-shirts were finished with a coverstitch. 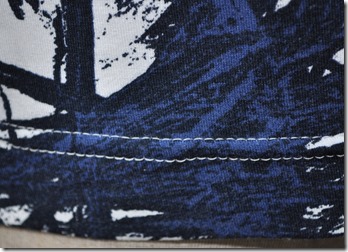 I’ve had a love/hate relationship with my Janome coverstitch for quite a long time, but have become used to it and now it’s taken out and used regularly. For a long time I did not use it properly either and on the inside you could see the edge of the hem stick out above the stitches.  Recently I saw a tip about how to make the finishing on the inside neat. Looks good doesn’t it? 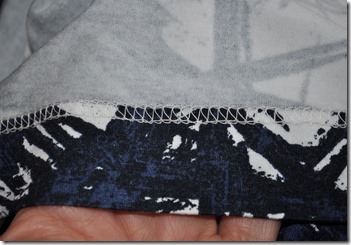 What I did was

I did this both for the hem of the body as for the sleeves and it works like a charm. It might be a bit more work, but the result is much better.