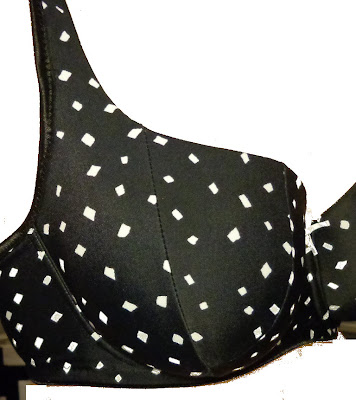 As mentioned in my previous post: a quite different style, no lace, no frills. I’m not sure about the fit. It is so different from the bra’s I’m used to wear that I must wear it for a day before I can have a final verdict on that. When I first put it on after finishing I was disappointed, the fit looked quite off, which surprised me too, as I made a muslin.

Then I realised that the shoulderstraps have almost no stretch (result of the extra tape (red in my version, I had no black) to stabilise it, as per the instructions. Worked like it should do, but the remaining stretch is only in the 4-5 centimeters at the back where the shoulderstrap is. That should have been a bit more. My fault probably, I didn’t even look at the instructions for length but used the same length as on my other bra’s. Which have a longer shoulderstrap with stretch. After giving the strap the longest length possible, the fit was a lot better. 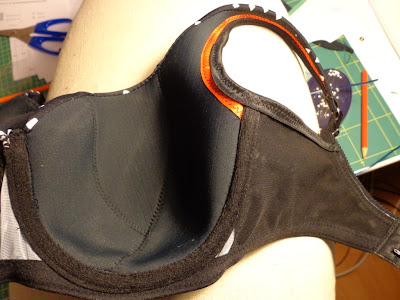 What is very good about this pattern is the coverage at the under arm. Definitely a plus for me. The bra is not my best work, the fold over elastic at the sides gave me problems (I just don’t like the stuff) and working with the foam was also a bit of a learning curve.

I like the shape of the cups, and I’m already thinking about trying this with a non-stretch lace. But first I’ll wear it.

The instructions for construction are mainly on the site of the MakeBra company. I can’t completely judge them, as I did it my own way mostly (which you probably do after making bra’s for many years). I used extra interfacing for the side/back to get extra support there, but did not attach the boning in the side, which the instructions tell you to do. Simply because I never do that and don’t need it. 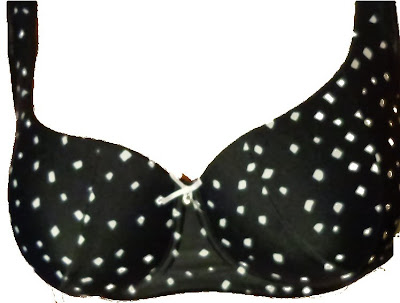 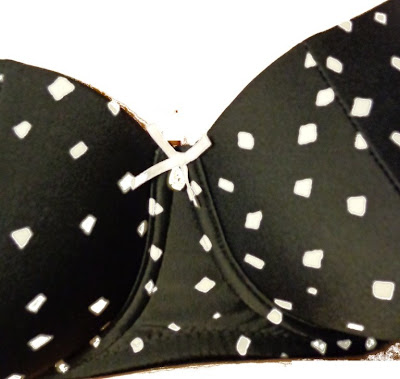 I used a smaller hook/eye closing and adapted the widt of center back. 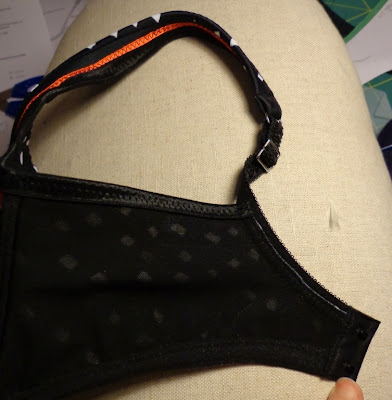 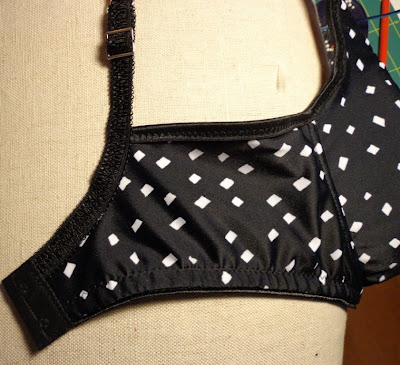 The fold over elastic, difficult to work with 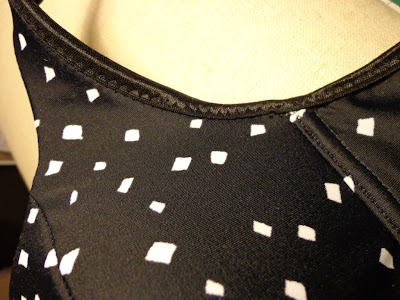 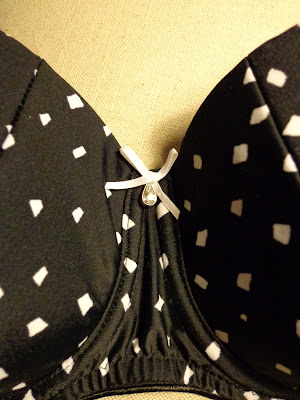