And this time I’m not referring to speed of sewing or the lack of finished projects lately. It’s time for a more complicated project again and I’m starting a Chanel style jacket. The pattern was very kindly lent to me by Jane (you know who you are) THANK YOU again! The “deadline” I have in mind is the PR  Brussels weekend April 9-10, so there are almost 4 weeks to go. The pattern is by Claire Shaeffer and has two variations: the couture construction with quilted lining and the more rtw construction method. I will follow the couture construction, which has 99 steps. A few less for me, as I will omit the upper pockets for obvious reasons. Still a lot of steps to do, and I want to take my time and perhaps sew an easy top in between. 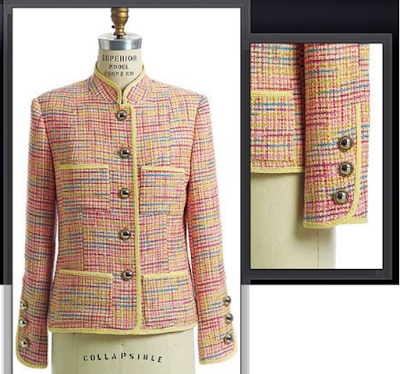 The fabric I’m using is the bouclé in the upper left corner. I showed this picture in an earlier post with my spring fabric plans. 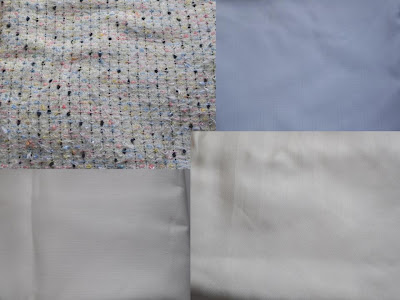 The muslin was made end December and this is the second version. First I made a size 14, a size I’ve used for Vogue tops before. It was too small everywhere, so then I traced the 16, which was pretty good.

I’ve given a bit more waist definition to the pattern, because I didn’t want it too boxy. Further I took a bit out of the front shoulder seam, the center front remains more straight that way when worn open. I posted about this alteration in this post (scroll down a bit). 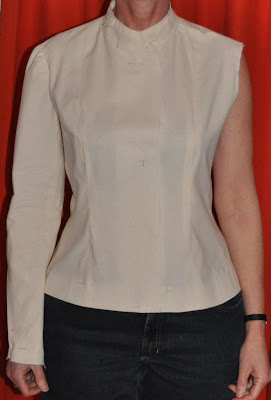 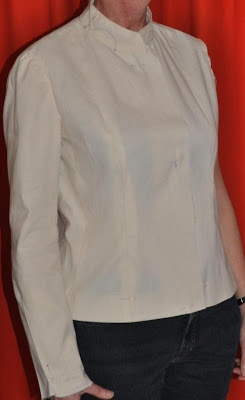 The back doesn’t look very good in the picture, but it’s better in real life and with a shoulder pad, which I didn’t use in the picture. The sleeve is a bit strange: it feels a bit snug at the inner side, but has a lot (too much?) space in the sleeve head. I will follow the instructions and sew the body of the jacket and then sew the muslin sleeve in the jacket to check on the fit then. 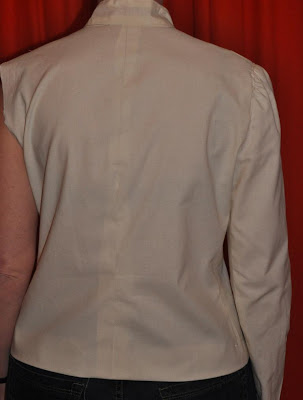 And something most of you won’t understand: I cut away all seam allowances from the pattern, except the hem allowances. Working with seam allowances is difficult for me on complicated patterns like this. All parts have to be thread traced on the seam line, better not have the seam allowances then anyway. Isn’t it strange that I prefer patterns without seam allowances? European patterns never have seam allowances, so I learned to sew without them and like to work with the actual seam line. A lot easier when matching plaids or stripes too. 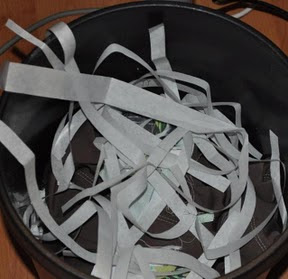