One pattern, many looks

A few days left to finish the last blouse that I planned for this months “one pattern, many looks”  contest at PatternReview. I’m not worrying about the deadline, it’s just that I promised myself to finish these 3 blouses. Entering the contest is not a goal per se.

I’ve just spent almost an hour on the buttonholes of the second blouse. Normally my machine does buttonholes very well, but this time two went wrong for no good reason. Of course the two wrong ones were the most visible buttonholes of the blouse. I started with the least visible ones and those were sewn easily. Then it went wrong and it took me more time to unpick them than to sew all of them. It just happens sometime. I’ll be sewing on the buttons tonight.

The third blouse is a white one again, and like the blue shirt the fabric is from Acorn fabrics. I had a special lace attachemnt in mind for the collar, which was not working as planned. Not having too much lace to experiment with I chose to just cover the collar and the stand partially with lace. 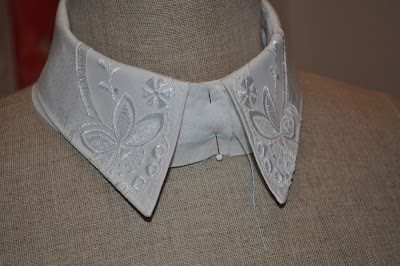 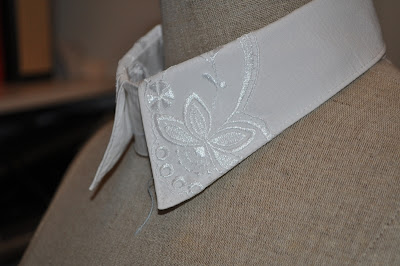 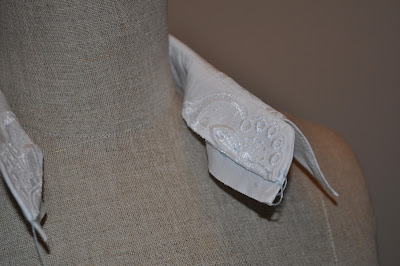