The October issue of Knip Mode showed a nice variation on the wrap top or t-shirt with a twist. As I needed something not too complicated after my jacket, I did sew this last weekend. And still have no pictures of me wearing it!

Look at the neckline on the two pictures, a bit strange to have this from the same pattern don’t you think? The left neckline is much higher than the right one. 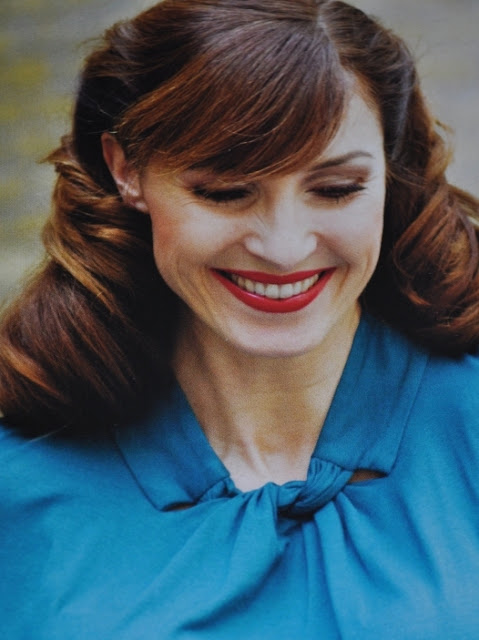 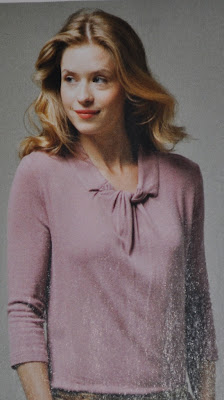 The line drawing, more representing the idea of the blue version than the pink one. 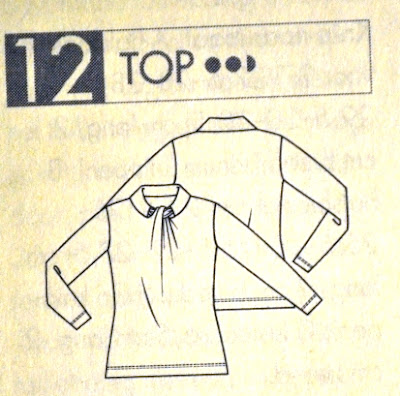 There are “step by step”  instructions in the magazine. To me they were not clear! For a start the pictures are too unclear to really see what is being done, and having used a printed fabric doesn’t help much either. I do prefer the instructions they had before, with drawings. If using pictures, they should have used a plain fabric. I tried to follow the instructions, and made a hem on the wrong part of the neckline, so  in the end just did what I think was best. It’s a muslin more or less, wearable but could have been better with clearer instructions. 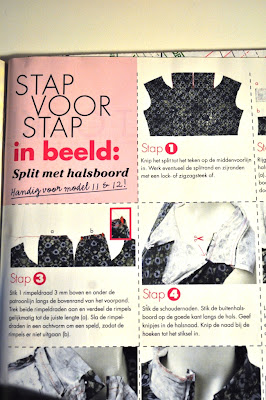 The result of my collar. Not too bad, but I can just get my head through it.  I will try to get pictures of me wearing it. 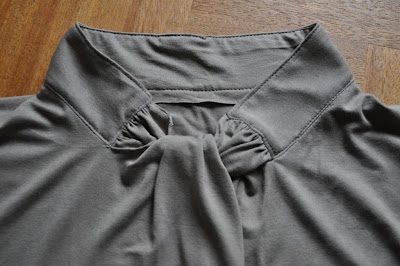