It looks like cowl neck top are becoming popular. Trena posted one today and Melissa made one from Patrones 292. This is my version of this Patrones pattern, with many thanks to Melissa. The issue was not available any more from the vendor I found in the Netherlands, and she so kindly traced it for me. Extra bonus is that she posted so detailed about construction of this top, that I just followed her lead on the finishing with strips of bias fabric. 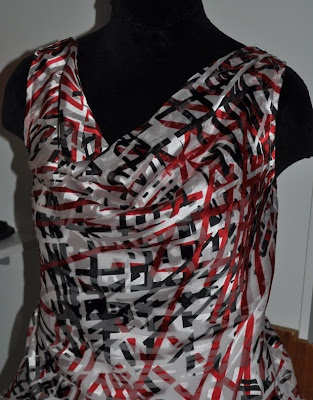 This is one of these projects that just come “in between”. I got a new zipper yesterday, but was longing more to try this top. The fabric I bought a few days ago, and finally I managed to sew something right away from a fabric bought. I buy fabric all the time with good intentions to use it very soon, but reality catches up with me and it’s another addition to the fabric collection, which is consisting of too many pieces right now (my own perception, I know some of you have quite a different opinion on this). 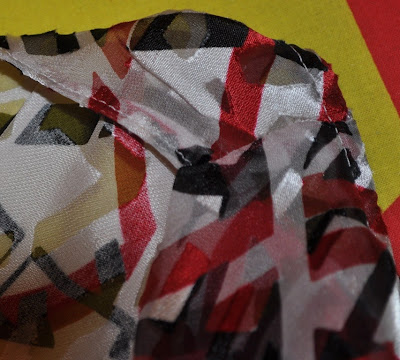 The top is cut on the bias,  which makes for a nice drape of the cowl. It’s very easy to make: it has no special closure/zipper. I was wondering about that aspect of the pattern (it’s a woven fabric), but it’s easy to put on and off. I made a size 44 without alterations, and only took in the side seam a bit under the arm during construction. I used French seams, so it was easy to try it on after the first step of the side seams were made. There’s a little gap  at the back armhole. I will try to remedy that before taking pictures of me wearing it.

I love the result, it took only a few hours to make, and that was exactly what I needed right now. I needed some de-stressing. Sewing is good for that (to me).

And though I thought summer sewing would be more or less over, I ordered the new Patrones issue. Finally a webshop in the Netherlands selling it. Hope to receive it tomorrow.