At StyleArc’s site this is simply described as Knit tank top with a shaped hemline. I would add that is has some flare. I made my second version this week. I added a little bit to the flare. 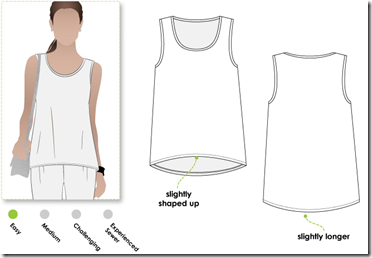 This is the first one I made, shown as work in progress a few weeks ago. It’s still the only picture I have of it, but it’s been worn and washed several times already (it is hemmed and topstitched after this photo was taken). 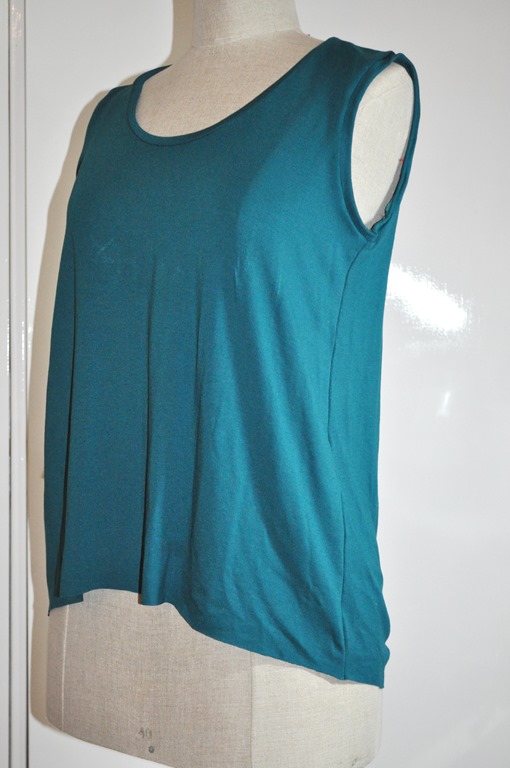 Being such an easy to wear style on warmer summer days I made another one, in a fabric with a print this time. 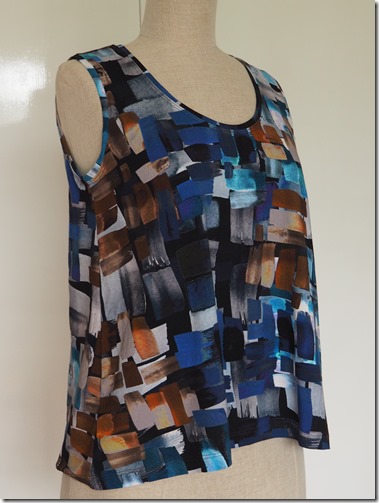 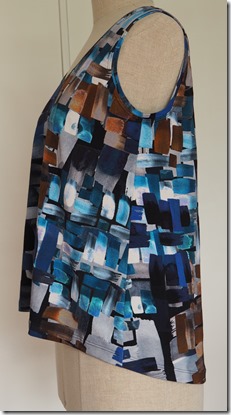 In the past I’ve had some problems getting at ease with my coverstitch machine, but we’re working well together now. I’m very happy with the finishing details. 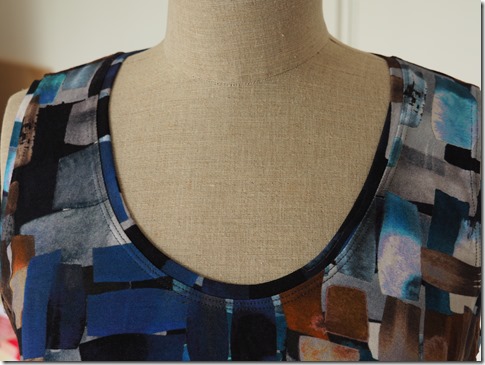 Inside of the neckline. There was a tan coloured thread on my serger, the black is from the coverstitch. 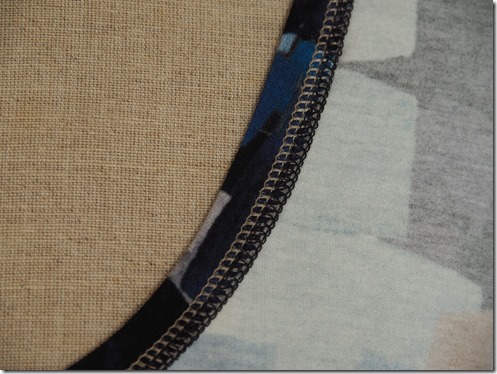 The hem, done as I described in this post. Basting it first makes it take 10 minutes extra, but so worth it. The cutting line is enclosed by the stitches. 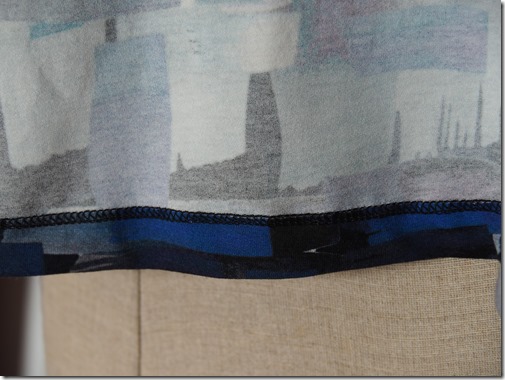