I’ve read it on several other blogs from sewista’s in the northern hemisphere too: I’m soooo tired of winter. We don’t have snow anymore, but it’s cold, the days are often grey and cloudy. I do notice that the days are getting longer, it’s always such a pleasure to notice that.
Right now I’m working on a lingerie set, but mentally I’m preparing for spring sewing. Time to dive into my closet with fabrics and see what I have to start with. Quite enough, don’t you think? I’m not committing to not buying fabric, as that is a commitment I’ll certainly break (especially as a Pattern Review gathering is planned in Brussels in April. A visit to the Antwerpen fabric market is part of the plan!).
There are more plans than time probably, but I’d like to start with two capsule plans for the moment. The first one is in light colors: top left will be a Chanel style jacket, to the right is a beautiful cotton with a woven stripe that’s hardly to be seen in the picture. It will be a blouse, just like the silk below it, which I bought in New York last August.
Bottom left is an ivory fabric that will be a pair of pants. The plan should be extended and should probably include a few simple knit tops and another bottom. 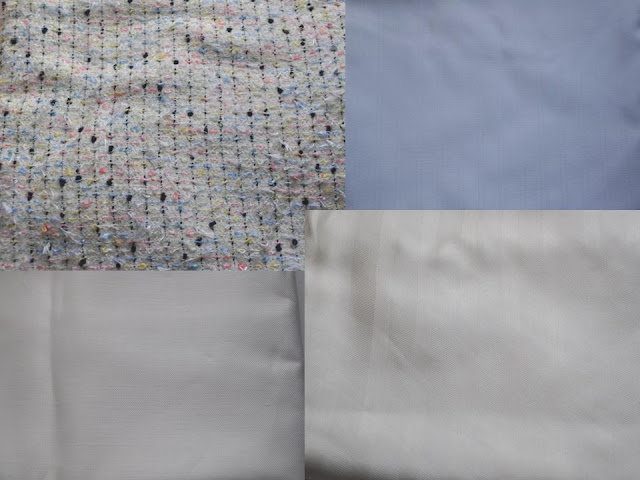 The next plan is very different in color. More bottoms than tops at the moment: the brown top center is heavy bottom weight cotton. I’ll probably try another style of pants with these, there were so many nice ideas in the Knip Modes of past months. Bottom left is a linen/silk blend for a pair of pants, bottom right a  linen that will be a skirt. Top right a knit fabric for a t-shirt and top left a more or less sheer fabric for a tunic. Probably a tunic from Knip Mode, think it was in the issue of September.
Other patterns still to be decided upon, it was just nice to get out the fabrics and see that I had quite a bit to get started for spring. My own impression from my fabric closet is always that I have too many dark fabrics and it surprised me to find enough fabrics for two plans that are not mainly black or have to be worn with black. 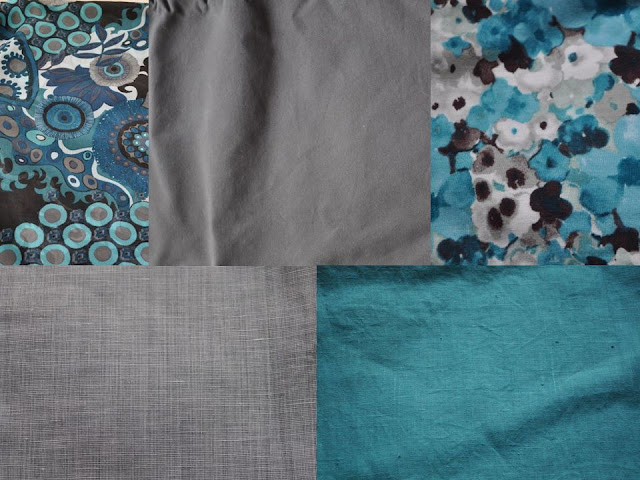 ETA: you were all right about the last project: nothing ventured, nothing gained. It's what happens.
And Shams asked whether there is a source for old Knip Modes. Alas, the online shops that sell Knip Mode usually only have issues till a few months back. The September 2008 issue is not to be found anymore. There is a local site (I assume that Craigs list is something similar) where people sell their stuff and regularly older items are sold. But it's only in Dutch.
op February 03, 2011